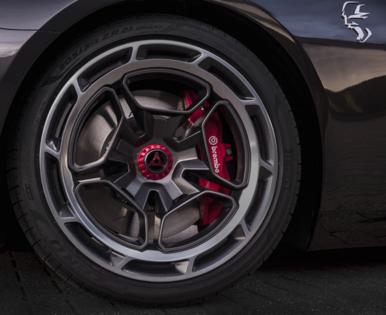 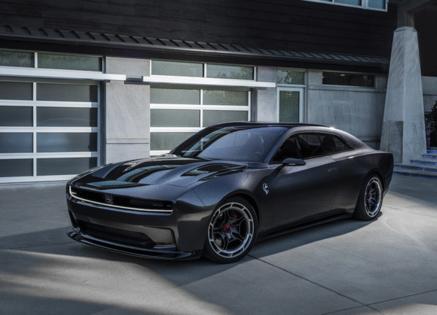 "It's like if they decided to ban cows — but 5% of the population is vegetarian and the rest still wanted beef. The meat industry would figure it out, they'd make Impossible Burgers and other stuff,” said Dodge CEO Tim Kuniskis in an interview ahead of the reveal of his brand’s first electric car. “Same for the auto industry, we'll figure it out. We've seen this type of upheaval before in 1972, but this time we were warned the regulations were coming."

Dodge is bringing a lot of meat to the EV table.

The ferocious, all-electric Charger Daytona SRT Concept is the first look at Dodge EVs that will replace the iconic V-8-powered Challenger and Charger muscle cars when they go extinct in 2024. With menacing, retro-1960s style, a V-8 soundtrack and a Banshee logo aft of the front fender where a Hellcat used to be, the Charger Daytona SRT intends to electrify the EV era.

Here are five notable things about the concept:

It’s basically a pipe organ hanging under the rear bumper that uses air and valves to create a sci-fi V-8 bellow. Under the Chrysler design dome in Auburn Hills before some media guests, Dodge revved the concept car like a Hellcat. BRAAAP, BRAAAP, BRAAAP.

“We worked for a long time to get that sound right, because we wanted a sound that was fresh, new and modern. We also wanted something that made you feel comfortable,” said Kuniskis. “The secret sauce in that sound — although it sounds like a new, modern thing — is it is (he knocks on the table) the firing order of a V-8 engine.”

Nail the throttle and Kuniskis says its multi-speed, electro-mechanical transmission - dubbed eRupt - will upshift like a V-8, too. How many shifts? “We’re still working on that. More than two.”