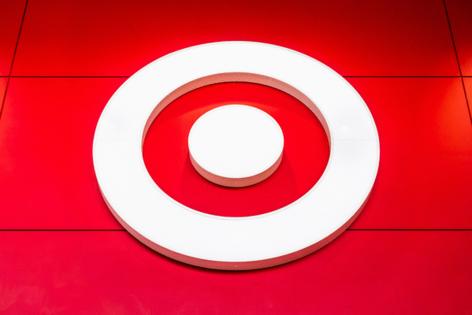 Target Corp.’s profit badly lagged behind Wall Street’s estimates in the second quarter, and the retailer ratcheted up the pressure on its fiscal second half by sticking with its forecast of a dramatic rebound in its results.

Adjusted earnings tumbled to 39 cents a share during the three months ending July 30, hit by an aggressive push to reduce inventory, Target said in a statement Wednesday. That trailed the lowest analyst estimate compiled by Bloomberg. On average, Wall Street had expected 72 cents.

The profit plunge — a sharp contrast to Walmart Inc.’s better-than-expected results released Tuesday — reflects decisions Target outlined in June to slash prices on home appliances, patio furniture and other discretionary items as customers pulled back from a two-year spending spree. Now, Target says it’s poised to benefit from strong customer traffic, and the company maintained its outlook for operating income of about 6% of sales during the second half.

“The vast majority of our inventory right-sizing costs have already been incurred,” Chief Financial Officer Michael Fiddelke said in a briefing with reporters. “We feel really good about our inventory position heading into the back half of the year.”

The shares were little changed at 6:32 a.m. ahead of regular trading in New York. Target fell 22% this year through Tuesday, worse than the 15% decline of an S&P consumer-discretionary index.

Target’s latest miss follows a string of cuts to the company’s profit forecast.

In March, the Minneapolis-based retailer said operating income would amount of 8% of sales this year. In May, the company lowered that to 6%. In early June, it said it would attain the 6% goal only in the second half — the same line in the sand it maintained in its latest earnings statement.

Comparable sales rose 2.6%, driven by a 2.7% increase in traffic while the average transaction amount was flat, Target said. The Minneapolis-based company is seeing strong demand in food and beverage, beauty and household essentials.

Inventory jumped 36% in the second quarter from the same period a year earlier. That was slightly lower than the 43% surge in the first quarter.

Partly fueling the recent increase was a decision to stock up on merchandise earlier than usual after the supply-chain disruptions of recent years, Target said.

In addition, the mix of products in the inventory has been shifting toward essential goods. While more in line with demand, that’s a potential headwind for earnings later this year since groceries typically generate narrow profit margins for retailers.

“The company reduced its inventory exposure in discretionary categories while investing in rapidly growing frequency categories,” Target said in the statement.

Convicted by a jury in January for defrauding ...Read More

Berwyn, Illinois-based Italian beef institution Buona announced Tuesday it would open restaurants outside of the Chicago area and Northwest Indiana under a new franchise program.

Stays of 28 days or more — usually by so-called ...Read More

US stocks ended a volatile session lower after a slew of Federal Reserve officials hammered home their resolve to remain aggressive in their fight against inflation.

The S&P 500 dropped for the sixth straight session, its...Read More

General Motors Co. executives are delaying the timeline for bringing white-collar workers back to the office after backlash from a decision released last week requiring employees to return to in-person work three days a ...Read More