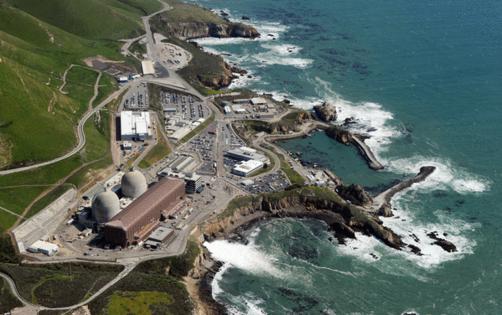 The plant's two generating units, which went online in 1985 and 1986, lie within 20 miles of four active earthquake faults.

The faults were apparently unknown to the plant's owner, Pacific Gas & Electric, which certified during the construction period that no such faults existed within that distance. Unit 2 was built in accordance with flawed blueprints.

There have been efforts to close the plant for years, gaining intensity as PG&E's atrocious safety record came to light; twice in the last two years the company has faced criminal charges for its role in igniting wildfires that burned thousands of acres, destroyed hundreds of structures and caused deaths and injuries. (The company pleaded guilty to 84 criminal counts in 2020.)

With all that in mind, plus the crippling expense of required seismic and environmental upgrades to the plant, PG&E agreed in 2016 to shut its two units down in 2024 and 2025, the original expiration dates of their federal licenses.

The shutdown deal was hailed as a landmark, closing the book on California's checkered history with nuclear power.

Despite all that, Diablo Canyon has suddenly emerged as a centerpiece of Gov. Gavin Newsom's plan to maintain the reliability of the state's electric grid in the face of increasing global warming.

With only days left in the legislative session, Newsom's office unveiled a proposal to keep Diablo Canyon operating for as long as another decade past the shutdown dates.

Newson's proposal would provide a $1.4-billion "forgivable" loan to the utility to cover maintenance costs and the expense of resubmitting the plant for federal licensing. The term "forgivable" means that the loan would really function a grant to the nation's largest private utility.

As my colleague Sammy Roth observes, the revival of Diablo Canyon would be exempt from state and local environmental reviews and coastal regulations.