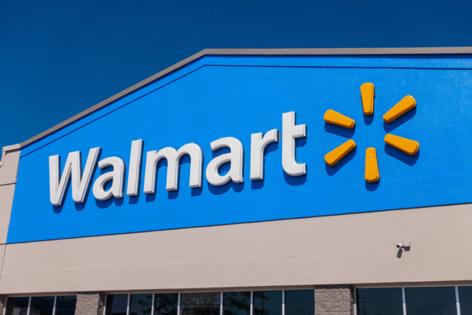 On Tuesday, Walmart Inc. forecast that its earnings this year wouldn’t decline as much as it expected three weeks ago when it issued a profit warning. The Home Depot Inc. also reported record quarterly sales and profit, and maintained its guidance for the rest of its fiscal year.

After two profit warnings from Walmart in just over two months, the latest results offer some relief that things haven’t gotten any worse — at least for the world’s biggest retailer. Target Corp., which also warned on profit twice within the last few months, will report its second-quarter earnings on Wednesday.

Given that Walmart’s customer base looks a lot like the US population, this marks more good news for the broader economy on top of last week’s data showing a slowdown in inflation.

Walmart’s US same-store sales growth was better than forecast, rising by 6.5% in the second quarter. Although this was likely boosted by inflation, it does show that the company’s focus on value is still attracting customers, including higher- and middle-income families. It now expects adjusted earnings per share in the year to the end of next January to decline by up to 11% — a slight improvement on the 13% fall it predicted in late July.

The retailer, which on Monday agreed to a streaming deal for its membership program with Paramount Global, is also getting a grip on its mountain of unsold stock. Although product inventories rose 26% to $59.9 billion at the end of the second quarter compared with the year earlier, that’s down from the end of the first quarter. The shares rose 5% in early trading.

And yet, its too soon to crack open the Walmart private-label wine.

The retailer must not only work through its inventory overhang but get a handle on its escalating costs. It has made progress reducing the glut of excess products, for example in clothing, where its shelves were most full, and it has canceled billions of dollars of orders. But there is more streamlining to do in apparel, as well as in home furnishings and electronics.

The company’s fortunes — as well as those of other muscular retailers — will also depend on how consumers behave for the rest of the year.

Signs that US inflation is slowing are helpful, but price increases, for example in food, continue to be a reality for shoppers. Americans must also contend with higher borrowing costs and any weakening in the labor market.

Walmart Chief Executive Officer Doug McMillon said he expected a strong finish to the crucial back-to-school shopping season, often an indicator of how buying during the winter holidays will go.

Home Depot, meanwhile, must watch out for other factors. Refurbishing the family bathroom is a much bigger outlay than buying a new dress or even a couch. When budgets are squeezed, such sizable purchases are often deferred. It’s notable that while the average amount that Home Depot’s customers spent rose to $90.02 in the second quarter, from $82.48 in the year-earlier period, the number of customer transactions fell by 3%. Inventories also rose 38% to $26.1 billion from the same period in 2021.

DIY projects are also linked to housing market transactions. Americans are more likely to undertake a makeover project when they buy a new home, and this is slowing.

Home Depot does generate 45% of its sales from professional customers, ahead of 25% at rival Lowe’s Cos. Inc., according to Bloomberg Intelligence. So even as some consumers reined in their DIY spending, contractors continued to be busy and could pass price increases onto their own clients — indeed, this was one of the factors that contributed to the company’s strong performance. If the economy weakens later this year, however, this positive effect could be diluted.

For now, battered big-box retailers have reason to look on the bright side. Customers haven’t ratcheted down their buying behavior again, and that’s encouraging not just for companies but for the rest of the US economy.