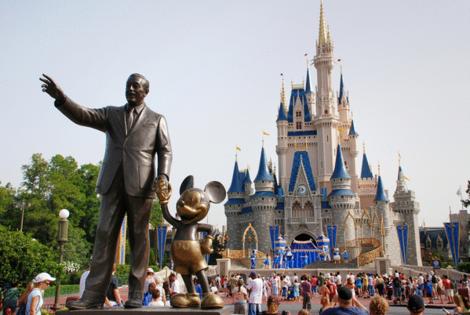 Another Disney worker’s infant son was diagnosed with food allergies and needed a specific, pricey formula when formula shortages were intensifying nationwide. The family found the bulk of their grocery budget was going toward feeding him.

Both came to a Disney employee food bank called Cast Member Pantry for help. The nonprofit organization is not affiliated with the company, though Disney has donated money to it, founder Emily Lartigue said.

Similar stories of people facing financial difficulties are becoming more common as food, housing and other costs have soared to record highs in recent months. Though a historic increase raised the theme park’s minimum wage to $15 an hour in October 2021, union leaders say inflation has offset workers’ gains, and many are struggling to pay their bills.

“A lot of it does have to do with inflation, the rising costs of rents — just being able to afford to live somewhere in Orlando right now is tough,” Lartigue said.

But as the need has remained strong, donations have fallen at the pantry, which relies entirely on gifts, Lartigue said. She said that could be due to tightening budgets or a lack of awareness of the ongoing need.

Cast Member Pantry, founded in March 2020 to serve Disney employees furloughed or laid-off because of the pandemic, has not yet had to turn away anyone for lack of donations thanks to careful financing. Pantry volunteers have become savvy coupon cutters to save money where possible, Lartigue said, and the organization is looking into applying for grants.

“The only concern is what the future looks like: for how long we are going to be able to continue serving cast members?” Lartigue said.

When asked about the pantry and workers’ perspectives on pay, Disney pointed to its array of employee benefits and its development of 1,300 affordable housing units for employees and others.

“For our Cast Members, we continue to make significant and personal investments to employee careers and lives through benefits like our 100% tuition payment Disney Aspire program, affordable health care plans, paid time off and more, building on our earlier success leading a community standard for a $15 an hour starting wage,” spokeswoman Andrea Finger said in a statement.