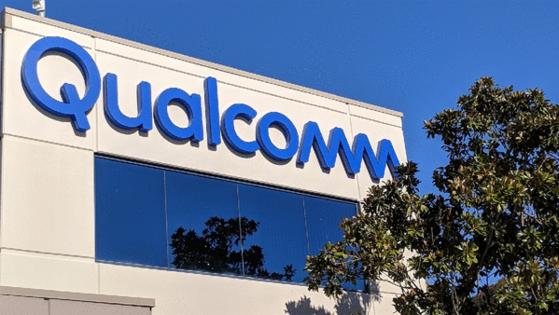 Federal prosecutors unveiled fraud and money-laundering charges this week against a former Qualcomm research engineer and three others for allegedly duping the San Diego company into paying $150 million to acquire technology that it putatively owned already.

A federal grand jury handed up the indictment in May, but it was unsealed on Monday. It alleges the quartet — including two San Diego residents — choreographed a scheme to defraud Qualcomm after ex-Vice President of Research and Development Karim Arabi came up with a faster method for evaluating micro-processors during the "design for test" process while working at the company.

Under terms of Arabi's employment agreement, intellectual property created while he was on Qualcomm's payroll belonged to the company. The indictment alleges he and others took elaborate steps to hide his involvement. They portrayed the invention as the brainchild of a Canadian graduate student, according to the indictment. It was being commercialized through a Bay Area startup.

The graduate student happened to be Arabi's younger sister. She was studying subjects generally related to inkjet printing, not semiconductor design, according to the indictment. She legally changed her name during the process, and while she's listed as the inventor on provisional patents, the applications were filed by Arabi using sham email accounts to conceal his identity, according to prosecutors.

The indictment also alleges Arabi, 56, was heavily involved in founding the startup — calling and attending meetings, choosing its name and hand-picking its chief executive officer. He allegedly took steps to hide his involvement, including setting up bogus email accounts.

The information was concealed from Qualcomm during negotiations leading up to its acquisition of the eight-month-old startup in October 2015. Arabi left Qualcomm in June 2016 after working there on and off for nine years.

Arabi and Ali Akbar Shokouhi were arrested on Monday in San Diego. Shokouhi is an entrepreneur and consultant who was involved in making the startup appear legitimate, prosecutors said. He was also a former Qualcomm employee.

Sanjiv Taneja, who served as the startup's CEO and the point man for negotiations, was arrested in Northern California. Arabi's sister, Sheida Alan, was arrested in Canada and faces extradition proceedings to the United States.

Efforts to reach Arabi and Shokouhi, including contacting their lawyers, were unsuccessful. Shokouhi pleaded not guilty during an arraignment in San Diego federal court Tuesday and was released on a $1 million bond. Arabi was not available to appear in court for unknown reasons and was set to be arraigned Wednesday.

If convicted, the four charged each face a maximum penalty of 20 years in prison; fines of $250,000 or twice their gain for the fraud charges.

The indictment also alleges that the four laundered funds via schemes that include foreign real estate purchases and interest-free loans. That could result in $500,000 fines and the forfeiture of property.

"Fraudsters cannot hide behind sophisticated technology or complex schemes," said U.S. Attorney Randy Grossman in a statement. "This office will pursue criminals and their laundered, ill-gotten gains whether they are hidden in a mattress or scattered throughout the international financial system."

Qualcomm was not identified specifically in the indictment. It was referred to as a multi-national San Diego technology company. But in 2017, Qualcomm sued Arabi, Taneja and Alan in San Diego Superior Court essentially making the same allegations. The legal action was dismissed without prejudice in late 2018.

"Protecting intellectual property is a cornerstone of innovation. We thank the U.S. Department of Justice for its work in this case," the company said in a statement.