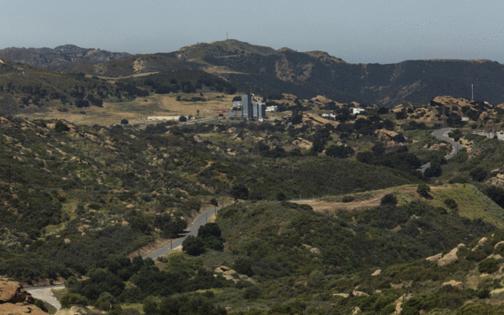 Back in 2007, the state of California reached an agreement with Boeing Co. requiring the company to clean up the polluted site of the Santa Susana Field Laboratory, outside Simi Valley, to an exacting environmental standard.

The site, on 2,850 acres 30 miles from downtown Los Angeles, had been used for six decades as a government-sponsored rocket and nuclear testing complex. When the activities ceased in 2006, what was left behind was soil and water contaminated by radioactive detritus, PCBs, heavy metals, tricholoroethylene "and a witches' brew of other poisons," as the Natural Resources Defense Council once put it.

The site is "one of the most toxic sites in the United States by any kind of definition," Jared Blumenfeld, head of the California Environmental Protection Agency, told me in 2020. "It demands a full cleanup."

The 2007 agreement mandated in effect that a cleanup to "resident with garden" standards — that is, safe for people to live onsite and consume homegrown produce from a backyard garden — be completed by 2017.

Another agreement signed in 2010 by NASA and the U.S. Department of Energy committed those agencies to clean up the radiological contamination on the portion of the site where nuclear test reactors were located.

Boeing was held responsible for the chemical cleanup because it inherited the site through its acquisition of Rockwell International's aerospace and defense businesses in 1996.

Most of the work has still not begun.

Now there's a new chapter in the seemingly endless saga of Santa Susana. Blumenfeld's agency opened secret negotiations with Boeing starting last year. The agency revealed the negotiations in May, when it unveiled the new agreement the talks had produced.

State officials boasted that the agreement "establishes strict cleanup protocols and timelines for The Boeing Company"; Gov. Gavin Newsom was quoted in the state's news release to the effect that the deal "holds Boeing to account for its cleanup."

Some close watchers of the saga beg to differ.

LONDON — A little over a decade ago, Four Seasons Health Care was among the largest long-term care home companies in Britain, operating 500 sites with 20,000 residents and more than 60 specialist centers. Domestic and ...Read More