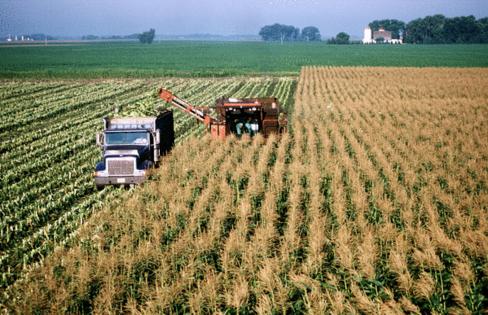 From field hearings in Morton buildings to sweet corn feeds at county fairs, farmers have been practicing a refrain this summer: Hands off the federal crop insurance program.

The mantra was loud, too, last week at Minnesota's Farmfest as negotiations on the once-every-five-years federal farm bill inch closer.

"If it isn't broken, don't fix it," U.S. Rep. Michelle Fischbach, a Republican from western Minnesota, told the Farmfest crowd in Redwood County. "We don't want to add on a variety of things and put requirements and stipulations on it."

But just in case the message was not clear enough, agriculture industry representatives kept up their reminders.

"The real important thing to our members is to make sure crop insurance survives the way it is," said Scott VanderWal, who farms across the border in South Dakota and is vice president of the American Farm Bureau Federation. "The bumper sticker message on crop insurance is: Do no harm."

Federal crop insurance dates to the 1930s, shielding farmers against losses because of weather ravaged crops with government-subsidized loans. Later programs expanded protections against declines in commodity prices, from corn to soybeans to cotton.

By 2015, fully 85% of the fields growing the nation's staples were enrolled in some form of crop insurance, a total liability exceeding $100 billion.

But to hear increasingly anxious ag industry players talk, under a Democratic administration, the programs are set to undergo reconstructive surgery as farm bill negotiations get underway this fall with an eye toward the climate.

Over the weekend, Democrats in the Senate squeaked through the Inflation Reduction Act, which would send $40 billion to popular, voluntary agriculture initiatives such as the Conservation Stewardship Program, which pays farmers with working lands to restore grasses or develop wildlife habitat.