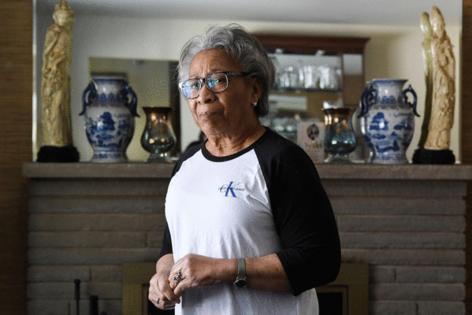 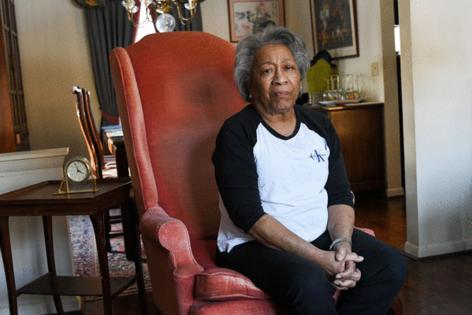 ROCHESTER, N.Y. — Lucille Brooks was stunned when she picked up the phone before Christmas two years ago and learned a nursing home was suing her.

“I thought this was crazy,” recalled Brooks, 74, a retiree who lives with her husband in a modest home in the Rochester suburbs. Brooks’ brother had been a resident of the nursing home. But she had no control over his money or authority to make decisions for him. She wondered how she could be on the hook for his nearly $8,000 bill.

Brooks would learn she wasn’t alone. Pursuing unpaid bills, nursing homes across this industrial city have been routinely suing not only residents but their friends and family, a KHN review of court records reveals. The practice has ensnared scores of children, grandchildren, neighbors, and others, many with nearly no financial ties to residents or legal responsibility for their debts.

The lawsuits illuminate a dark corner of America’s larger medical debt crisis, which a KHN-NPR investigation found has touched more than half of all U.S. adults in the past five years.

Litigation is a frequent byproduct. About 1 in 7 adults who have had health care debt say they’ve been threatened with a lawsuit or arrest, according to a nationwide KFF poll conducted for this project. Five percent say they’ve been sued.

The nursing home industry has quietly developed what consumer attorneys and patient advocates say is a pernicious strategy of pursuing family and friends of patients despite federal law that was enacted to protect them from debt collection. “The level of aggression that nursing homes are using to collect unpaid debt is severely increasing,” said Lisa Neeley, a Massachusetts elder law attorney.

In Monroe County, where Rochester is located, 24 federally licensed nursing homes filed 238 debt collection cases from 2018 to 2021 seeking almost $7.6 million, KHN found. Several nursing homes did not file any lawsuits in that period.

Nearly two-thirds of the cases targeted a friend or relative. Many were accused — often without documentation — of hiding residents’ assets, essentially stealing. The remaining cases targeted residents themselves or their spouses.

Nursing homes have gone after some families for tens of thousands of dollars. In a few cases, debts surpassed $100,000.

In Monroe County alone, one nursing home sued the daughter and granddaughter of a former resident. The daughter pleaded with the court to release the granddaughter, promising she would pay the $5,942 debt. Another home sued a woman twice, for her husband’s and her mother’s debts. Yet another claimed a woman owed $82,000 for her mother’s care. The resident was, in fact, a cousin, according to court papers.

In the 1950s, computers were bulky, inefficient and limited. They ate up entire rooms but couldn’t go beyond rudimentary calculations.

China has traditionally split aircraft orders evenly between Airbus SE and Boeing Co. Recently though, there’s been a shift against the American half of the world’s planemaking duopoly.

Meat processor Tyson Foods will move about 500 corporate employees based in its Chicago office and Downers Grove, Illinois, innovation center to its Springdale, Arkansas, world headquarters, the company said in a news ...Read More

Apple Inc. has been illegally threatening Oklahoma City retail workers in the lead-up to a unionization election next week, the Communications Workers of America alleged in a U.S. labor board filing.

The company is ...Read More

A material 3M has been working on for decades could be key to unlocking cost-effective production of green hydrogen, a promising but expensive renewable fuel source.

Trader Joe's stores have brought back the company's beloved free samples after a years-long hiatus due to the pandemic.

In the company's podcast released Monday, hosts shared that "demo is back," the term the California-...Read More