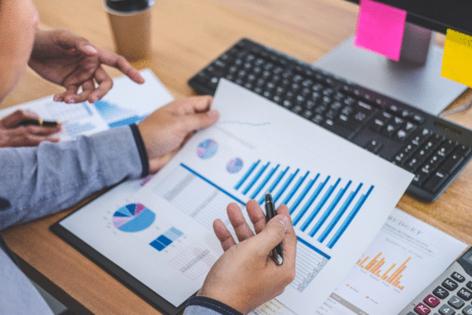 There was a major development in 2006 that transformed how Americans invest for retirement. It solved one problem, but created another that will be causing extra pain to people who retire in this economy.

The mid-2000s was the start of the nudge revolution, where policy makers thought they could coax people into more desirable behavior. The idea seemed especially promising when it came to saving for retirement, where research showed that automatically enrolling people in retirement accounts would increase saving and lead to better investment decisions.

So in 2006 the new Pension Protection Act allowed employers to enroll their workers by default into a 401(k) account or similar pension plan. Most plans placed people in target date funds, or TDFs, which were based on the premise that as you age, you should adjust your portfolio to lower risk. Accordingly, TDFs invest young people in stocks and gradually move them into bonds as they approach retirement.

More than 15 years later, the evidence is in on how well this is working. A group of economists studied the portfolios of plan participants from 2006 to 2018. On at least one level, the nudge was a success. The economists found that defaulting workers into TDFs increased stock ownership and participation in retirement plans.

But TDFs have a major weakness, and their adoption also introduced a new risk to retirees that is just starting to be felt in the current high-inflation environment.

Target date funds are still very popular: $3.27 trillion of assets were invested in them as of the end of 2021. Prior to 2006, if you joined a plan and didn’t pick funds yourself, your savings were invested in a money-market account equivalent to cash, which many people never changed.

TDFs are more aggressive. If you are 25-plus years away from retirement, TDFs will invest you almost entirely in the stock market. This strategy increased wealth for many Americans because the last 15 years were very good for the stock market. The study also found that Americans tend to move into bonds as they age, as TDFs are designed to do. This wasn’t the case before 2006, when portfolio allocations didn’t change much with age.

TDFs are a good strategy while you are in the saving phase of your life. But they have a crucial weakness that stems from what financial economists call the fallacy of time diversification, or the flawed idea that the longer you invest in markets, the less risky they are. The logic follows that if you are closer to retirement, stocks are riskier because you have fewer years ahead to reap gains or recover from losses. Therefore, you should reduce your market exposure.

If you read the prospectus of most popular TDFs, the funds claim that their objective is to provide income in retirement, but this isn’t how the funds are invested. The funds move savers into shorter-term bonds — the duration is usually about five years around the age of retirement and it shortens further during retirement. This is a reasonable strategy if the goal is to avoid losing money in the markets. But it’s not a useful strategy when it comes to spending your money in retirement.

I agree it makes sense to invest more in bonds as you age. There is a subtle but important distinction, though, when it comes to what type of bonds — and TDFs are invested in the wrong kind. The theory behind life-cycle investing isn’t that you must reduce risk as you age, it’s about gauging future earnings potential. When you are young, most of your wealth is in your future earnings, which is similar to bonds because paychecks provide income in fixed, regular increments. So when you are 25 you are in essence over-exposed to bonds and need more stocks. As you get closer to retirement, your future income is a smaller share of your wealth and you need to buy more bonds to compensate.

But your goal as you age is not simply capital preservation, it’s replacing lost income. When you reach retirement, you will probably need to finance about 15 to 20 years of spending between you and your spouse. But if you invest in short-term bonds and stocks — TDFs have increased stock exposure for all ages in the last 10 years — you will face a lot of risk because the bonds chosen by TDFs don’t provide much inflation protection (inflation-protected bonds are a tiny part of the bond portfolio). If inflation continues to go up and interest rates rise (decreasing the value of your bond investments), you will fall even further behind.

A better strategy would be to invest the fixed-income part of your portfolio in inflation-protected longer-term bonds, where the duration matches that of your future spending needs. And, unless you have plenty of money saved, odds are you still need some stock exposure throughout your retirement to help hedge inflation and hopefully create more growth. This offers better protection from inflation and rate fluctuations. The consequences of TDFs exposing a generation of Americans to a duration mismatch is just beginning to be felt.

Americans are retiring in a high-inflation environment, with unclear guidance on how to spend their nest egg while stuck in an investment strategy that doesn’t help them preserve income. Their spending will fluctuate year-to-year as the stock market and interest rates rise and fall, and they may experience declines in living standards as they age.

The nudge revolution has arrived at its reckoning. One of its biggest victories is raising participation in retirement savings plans, which has led to a large and positive increase in stock ownership. But the problems on the fixed-income side show nudges aren’t a cure-all; they also have to provide the right defaults.

Allison Schrager is a Bloomberg Opinion columnist covering economics. A senior fellow at the Manhattan Institute, she is author of “An Economist Walks Into a Brothel: And Other Unexpected Places to Understand Risk.”

In the 1950s, computers were bulky, inefficient and limited. They ate up entire rooms but couldn’t go beyond rudimentary calculations.

China has traditionally split aircraft orders evenly between Airbus SE and Boeing Co. Recently though, there’s been a shift against the American half of the world’s planemaking duopoly.

Meat processor Tyson Foods will move about 500 corporate employees based in its Chicago office and Downers Grove, Illinois, innovation center to its Springdale, Arkansas, world headquarters, the company said in a news ...Read More

Apple Inc. has been illegally threatening Oklahoma City retail workers in the lead-up to a unionization election next week, the Communications Workers of America alleged in a U.S. labor board filing.

The company is ...Read More

A material 3M has been working on for decades could be key to unlocking cost-effective production of green hydrogen, a promising but expensive renewable fuel source.

Trader Joe's stores have brought back the company's beloved free samples after a years-long hiatus due to the pandemic.

In the company's podcast released Monday, hosts shared that "demo is back," the term the California-...Read More