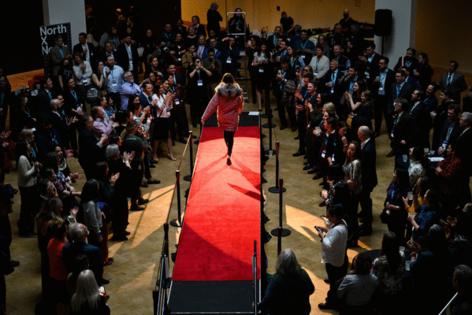 ANCHORAGE, Alaska — Anchorage employers are hiring more workers from outside the city and state to adjust to a severe labor shortage that’s holding back the city’s economic recovery, according to a report released Wednesday by the Anchorage Economic Development Corp.

People — especially young people — leaving Alaska to work elsewhere is a major contributor to the issue, the report said.

It’s one unsettling sign for an economy that’s otherwise showing reasons for optimism as tourists flock to Alaska and the huge federal infrastructure bill starts to pump money into the state, according to AEDC President Bill Popp, who unveiled the three-year economic forecast.

The job-worker imbalance needs immediate attention, Popp told the members of the business community during a Wednesday presentation.

Though employment is growing rapidly, it remains below prepandemic levels, he said. The lack of workers is creating “serious headwinds” for employers of all stripes. Some can’t operate fully because of the lack of employees, he said.

There are thousands more jobs openings than there are people to fill them, about two or three positions for every available worker, he said.

“Practically every employer in Anchorage has jobs open that are going unfilled for lack of qualified candidates,” he said.

In many cases, there are no candidates, he said.

The cause of the worker shortfall has been years in the making, Popp said. The data doesn’t support the myth of potential workers lazily sitting at home, watching TV and living off government subsidies.