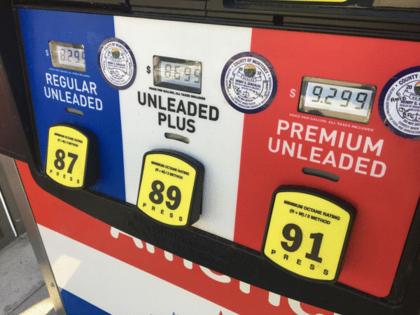 The global surge in the cost of fuel is starting to weigh on demand, according to the world’s biggest independent oil trader.

Consumers are being hit by the run-up in gasoline, diesel and other oil products, Mike Muller, head of Asia at Vitol Group, said Sunday on a podcast produced by Dubai-based Gulf Intelligence.

“There’s very clear evidence out there of economic stress being caused by the high prices, what some people refer to as demand destruction,” said Muller, who’s based in Singapore. It’s “not just oil, but also liquefied natural gas.”

Prices for refined fuel have reached record highs in the US this year and surged in most other countries, contributing to a rise in inflation. They’ve climbed even more than crude oil — which is up almost 45% to $110 barrel — in large part because of the disruption to Russian flows following Moscow’s invasion of Ukraine and the imposition of Western sanctions. That exacerbated a global shortage of spare capacity caused by years of under-investment in refineries.

The so-called crack spread that refiners get from turning West Texas Intermediate crude into gasoline and diesel has reached $50 a barrel, more than three times the average for this century. On Friday, Exxon Mobil Corp. said its second-quarter refining earnings jumped by $5.5 billion.

“Refining margins are at levels that nobody would’ve predicted,” Vitol’s Muller said. “The consensus out there seems to be that they cannot possibly go even higher than this.”

Yet there’s a chance fuel prices stay at today’s levels if demand in China continues recovering as the government eases coronavirus restrictions, he said. Vitol’s Chief Executive Officer Russell Hardy told Bloomberg last month he expects Chinese oil consumption to rise by 1 million barrels per day by the end of 2022.

Muller doubts China will significantly increase fuel-export quotas anytime soon, despite its independent refiners having the ability to raise production.

“More Chinese export quotas would be welcomed by the market and would do something to normalize those margins,” he said. “But month after month, the disappointment sets in that the system is being kept relatively tight. It would appear that discipline is still very much in place.”