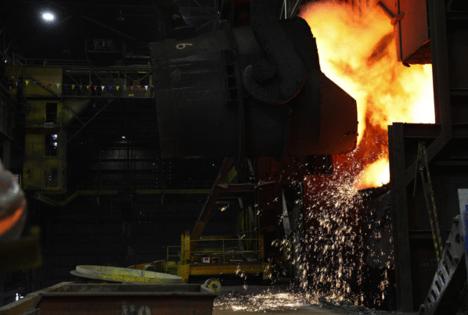 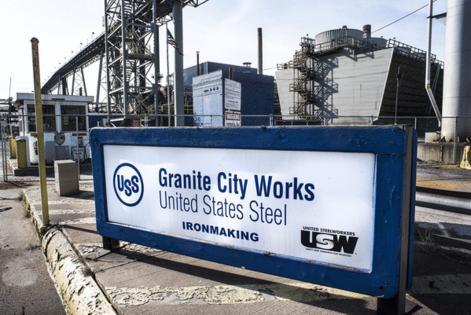 GRANITE CITY, Illinois — News got around quickly in this town across the Mississippi from St. Louis: The steel mill's death knell was sounding again, and this time, the end might really be near.

At the Daylight Donuts down the street from the plant, a group of regulars relayed what they knew. One man said the city would suffer if the plant were to close. Another said there was still time for the deal to fail. One woman said she was hopeful her husband would be one of the few hundred plant employees to keep his job under a new operator.

Meanwhile, Michael DeBruce, who owns the Park Grill café several blocks away, hustled to deliver orders to a steady crowd in packed booths. The plant's closure was still at top of mind, he said. He'd heard from friends about plans to shut down most of the line, putting roughly 1,000 people out of work. It'd ripple through the community, he said, to businesses like his and all the area contractors who provide services to the mill.

"It's certainly not good," he said.

Steel has anchored Granite City since its founding in 1896. The mill, officially called Granite City Works, has provided a constant and common language for the town of roughly 28,000 people. Even residents who have never worked a day at the plant know the intricacies of steelmaking. Most have family members or friends who work there.

It hasn't always been smooth sailing. Over the years, the furnaces have gone dark as demand shifted or businesses changed. People have been laid off. Local businesses suffered.

Then came Wednesday, when U.S. Steel Corp. announced it had reached a preliminary deal with Chicago-based SunCoke Energy to repurpose blast furnaces, which would effectively shut down most of the operation and eliminate 950 jobs in two years. If the deal goes through, about 400 remaining employees would produce pig iron ingots, the building-blocks for steel, and 100 others would continue to finish existing steel coils, the local United Steelworkers union president said.

It would be a huge blow to the entire region, said Granite City Mayor Mike Parkinson. Many of the people who work at the plant commute from surrounding towns, and the wages support hundreds of families, he said.

The closure would also change the city's identity. Officials are planning several improvements, including an entertainment center and concert venue. They had planned on calling it "The Mill."

"But if this goes through, if the mill's not going to be there, we certainly want to re-evaluate that," Parkinson said.

In a major initiative to cut down on deaths and injuries along Brightline’s rail corridor, the U.S. Government has allocated $25 million for safety improvements between Miami-Dade and Brevard counties, railroad and ...Read More

Delta Air Lines said pilots and flight attendants called out sick in June at a rate 50% higher than June 2019 levels, with the effects of the ongoing COVID-19 pandemic straining its operations and contributing to flight ...Read More

BreAnn Scally is a pet lover, the kind who wishes she could take home every stray she passes on the street. So she was intrigued last year when she discovered that PetSmart, the pet-supply chain, offered what it advertises...Read More

David Crane keeps a yellow legal notepad in his car, pages upon pages filled out with his thoughts on the concerns of thousands of other rideshare drivers like him, with demands that boil down to better wages, safer ...Read More