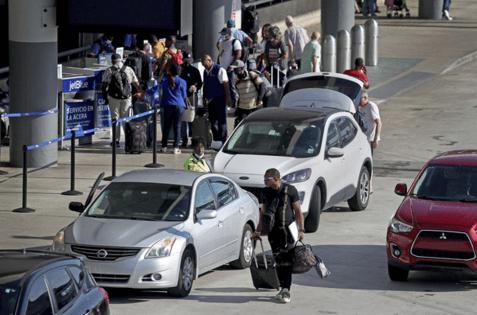 Airline travelers this Fourth of July weekend may again encounter a national holiday filled with delays and cancellations as air carriers continue to struggle with staffing and other issues that keep planes and customers at the gate.

If the month of June is any indication, this coming weekend, which traditionally sees a spike in the number of travelers, could feel like anything but freedom. Airline industry officials assert delays and cancellations were the rule rather than the exception during the first three weeks of the month. On father’s day weekend, between Thursday, June 16 and Sunday, June 19, more than 5,000 U.S. flights were cancelled.

Here are some issues fliers may have to navigate this weekend.

Staffing vs. demand for flights

Operational issues are continuing industrywide, with unionized workers pressing the theme that airline managements simultaneously failed to restore air crew rosters to pre-COVID-19 levels even as they ramped up schedules to meet a surge in consumer demand.

According to the organization’s president, Nicholas Calio, the measures include:

—Cut 15% of June through August flights “relative to what they had planned for at the outset of 2022.″

—”Given more flexibility for itinerary changes and increased IT investments in airline apps to increase communication with travelers and to allow passengers to rebook without queuing.”

The Federal Aviation Administration, which met last month with airlines serving Florida to resolve flight disruption issues, has said it is increasing staff at its Jacksonville control center so as to lower the numbers of delayed or canceled Florida flights.

In his letter, Calio said that while weather forces the FAA to institute ground delays or other traffic management initiatives that slow the system, the organization also has observed that controller “staffing challenges have led to traffic restrictions under blue sky conditions.”

Calio asserted that the Jacksonville center was still “understaffed” for 27 of the 30 days prior to the letter’s June 24 date. The result, Calio asserted, was a “crippling to the entire east coast traffic flows.”

Calio asked the agency to share its staffing plans with the airlines “so we can plan accordingly.”

Asked about developments since the May meeting with the airlines, an FAA spokesman did not immediately respond to a request for comment.

Airports will be swamped

While the airlines and FAA continue to seek solutions, South Florida airports say they are girding for another round of heavy passenger traffic.

Fort Lauderdale-Hollywood International Airport said it expects more than 520,000 travelers to fly to and from the airport between Friday and next Wednesday.

The figure is 8% below the 2021 forecast due to fewer available airline seats, said spokeswoman Arlene Satchell.

Still, the airport expects an average of 86,724 daily passengers during the six-day holiday travel period.

The airport is projecting more than 725,000 travelers from Thursday, June 30 to Monday, July 4, which would make the holiday weekend its busiest ever. The airport said it is averaging 145,000 passengers per day, compared to 125,000 per day during last year’s holiday weekend.

MIA is urging travelers to arrive at least three hours before a domestic flight and three and a half hours before an international flight to allow time for parking, check-in, and security screening.

Palm Beach International Airport did not immediately respond to a request for comment.

As usual, South Florida’s volatile summer weather will help dictate whether airlines schedules will be met or disrupted.

According to the National Weather Service in Miami, “scattered to locally numerous showers and thunderstorms will remain possible through the end of the week,” with strong storms possible “with gusty winds, heavy rainfall, and frequent lightning.”

“The highest chances of thunderstorms will be late in the week with a return to a more typical summer pattern forecast by late in the weekend and into the early part of next week,” the service reported on its website Thursday.

Severe weather in one part of the country can cause delays nationally. The extended forecast for Sunday through next Thursday calls for scattered showers and storms across the Southeast this weekend.

“Farther north, a front initially oriented from the Northeast into the Ohio Valley and central Plains will push gradually eastward during the [holiday] weekend and support organized areas of showers and storms along and ahead of it,” the weather service says.

In an interview prior to the Memorial Day weekend, Clint Henderson, managing editor of the The Points Guy, an online advice guide for travelers, offered these ideas for grounded and delayed fliers:

—In advance, learn what flights are available aboard other airlines along the route you intend to travel. “You should know before you go what carriers are operating on that route,” Henderson said. You can track and check the status of flights through the online FlightAware or Flight Radar 24 tracking sites, which would give you a leg up on other passengers.

—On your phone, download the airlines’ apps for a quick reference tool. If a flight gets canceled, you may be able to rebook yourself on the app.

—Check with your airline’s gate agent for revised flight times. Don’t rely solely on electronic boards in the terminal, as they’re not always up to date.

—If your flight gets canceled you can go to the re-ticketing line. While doing that, go on the app to see if they have a rebooking option and message the airline about your situation on Twitter.

—Airport lounges: If you’re a member of an airline club with access to a lounge operated by your airline, pay it a visit. There will likely be an airline agent there to help with re-bookings and updated alternate flight information.

—Canceled with no flight options? Check for airport hotels if you’re not looking to return home right away. Better to wake up rested and refreshed to take on the next day. Whether an airline pays for the overnight depends on a variety of situations. If the airline is a major carrier and the delay or cancellation is their fault, such a crew shortage, the carrier will foot the bill. But Henderson says if the delay is caused by an act of God, such as the weather, “it’s hard to say in black and white that yes, you will get a refund or that insurance will cover you.” If you’re on a discount carrier or regional airline, or if you book the lowest fare class ticket in economy, the airline won’t pay.

—Reimbursements: Certain credit cards offered by Chase and American Express (which charge significant annual fees) do have trip delay coverage. That means the travel insurance will pay for the cost of hotel lodging, ground transportation and meals. You’ll likely have to pay for additional expenses upfront, but can get a reimbursement later.

—Refunds: Don’t settle for a voucher from an airline for future travel. Under federal rules, you are entitled to cash.