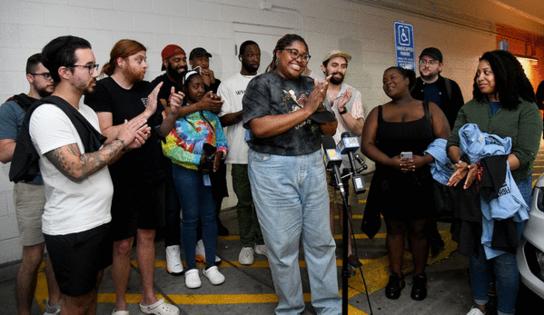 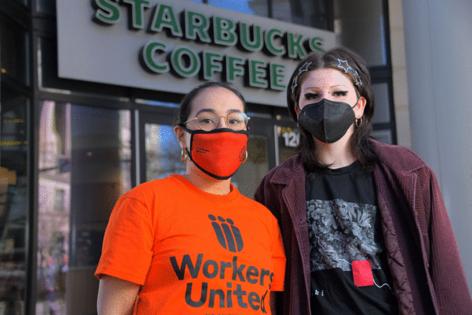 Workers at the Apple store in Towson, Maryland, won national attention and praise from President Joe Biden after becoming the first of the tech giant’s U.S. employees to unionize. Less than two months earlier, Starbucks baristas in Baltimore’s Mount Vernon neighborhood became the first of the coffee chain’s Maryland employees to organize.

Now comes the hard part. While the workers are among those leading what union organizers see as a resurgence in the labor movement, most of these campaigns are in the early stages and labor experts warn that employees face difficulty ahead in a process tilted heavily in favor of employers.

“Labor law is not meant to facilitate the labor movement,” said Michael C. Duff, a law professor at the University of Wyoming College of Law and former government labor litigator with the National Labor Relations Board. “There are lots of defenses that employers have available to them.”

Some say unionization efforts grew stronger amid pandemic-related labor shortages that emboldened workers to stand up for themselves. U.S. workers have launched campaigns in recent months at Apple, Amazon, Starbucks, Google parent company Alphabet, and retailer REI. They’re raising concerns over wages, health and safety, and scheduling, while calling for more of a voice in workplace policies.

“The unions that are going to survive are the ones that can keep employees interested and engaged and fired up for long periods of time,” Duff said.

There are numerous avenues for employers to challenge elections or file administrative appeals, steps that can delay the process or land a matter in court for extended periods, Duff said.

Employers, for instance, can object to certain categories of workers being included in a bargaining unit. Employers that believe they wrongly lost an appeal can simply refuse to bargain, potentially sending the case to the courts. If negotiations stall for more than a year, employers can file a “decertification” petition if they can prove most workers no longer want representation. Employers also can switch to independent contractors or close locations.

And it can be difficult for a union to prove an employer’s next moves are connected to anti-union sentiment, Duff said.

When he discusses the latest news with his labor law students each year, Duff tells them, “Come back in a year, and if this is still going on, then you’ve got something.”

Employees at only three of Apple’s U.S. corporate stores have announced plans to form unions, including the Towson Town Center store, another in Atlanta and one in New York.