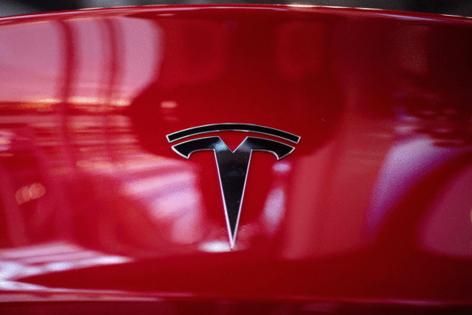 In a federal grand jury indictment unsealed Wednesday, Neil Suresh Chandran, 50, is alleged to have defrauded more than 10,000 victims since June 2018 by claiming that at least one of his five cryptocurrency and virtual-reality companies “was about to be purchased by a consortium of wealthy buyers and thereby yield his investors extremely high returns.”

The indictment cites an alleged email from Chandran claiming an $88,000 investment would deliver a $2 trillion return.

The alleged fraud seemingly involved claims about Musk, whom the indictment describes as “Billionaire 2” and “founder and CEO of an electric car company,” and also apparently about Amazon executive chairman and founder Jeff Bezos, described as “Billionaire 1” and the “founder and executive chairman of a large online retailing company.” The indictment makes clear that both billionaires 1 and 2 “had no involvement.”

The U.S. government is seeking to have Chandran, arrested in Los Angeles, forfeit the Teslas along with five properties in California and Nevada, a Ferrari, a Rolls-Royce, and other high-value items including a diamond-crusted gold Swiss watch, as proceeds of crime.

Chandran did not immediately respond to email messages sent to three of the companies listed in the indictment. It was unclear whether he was represented by a lawyer.

The government is also seeking to obtain through forfeiture about $36 million held in 25 accounts at 12 different banks, two insurance firms and a stock brokerage.

“U.S. Marshals and the FBI are seizing most of the assets pending resolution of the criminal case,” the U.S. Department of Justice said in a press release.

The indictment alleges money laundering but does not make clear a mechanism by which it may have occurred. The money and goods came from investor funds misappropriated for other business ventures and the personal benefit of Chandran and others, the indictment claimed, though it did not specify any others who allegedly benefited.

Chandran is charged with three counts of wire fraud and two counts of transacting in criminally derived property. He faces up to 20 years in prison for each fraud count and up to 10 years for each illegal-transactions count. Because of federal sentencing guidelines and judges’ discretion, maximum sentences are rarely imposed.

BOSTON — A new report from a Boston-based research center found that nearly a quarter of all student loan payments made in 2019 went to interest, and is calling for a no-interest loan structure to be implemented to ...Read More

U.S. consumer borrowing surged in June, reflecting a jump in credit-card balances and a record increase in non-revolving lending that includes auto and school loans.

Total credit increased $40.2 billion from the prior ...Read More