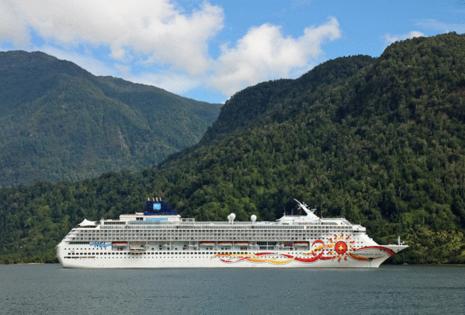 The ship then sailed to Juneau, Alaska for further assessment, where it was decided the current voyage would be shortened and the next cruise scheduled to embark on June 30, 2022 will be canceled so the necessary repairs can be made, according to the cruise line.

The ship, which left Seattle June 21, was then given clearance to return at reduced speed for repairs. Norwegian Cruise Line said all guests onboard would disembark in Seattle as originally planned.

The cruise line said guests who were on the June 21 sailing will get a full refund of the voyage fare as well as a cruise credit for future travel worth 100% of the original voyage fare.

People who were scheduled to sail on the June 30, 2022 sailing will also receive a full refund of the voyage fare, a future cruise credit valued at 50% of the original voyage fare, as well as up to $300 per person for any airline fees, the cruise line said.

According to the Juneau Empire, the Coast Guard said the ship did not request any search-and-rescue assistance, nor were any injuries reported to the Coast Guard.