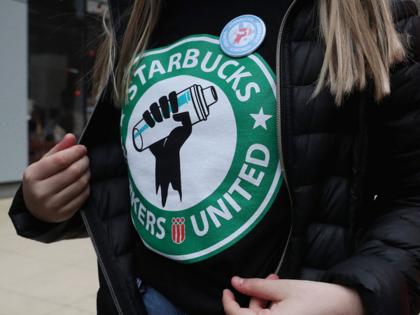 Here's an inflation remedy you're not hearing much about: Reduce corporate profits.

If that sounds like a drastic, even radical idea, the reason may be that economic commentators and news pundits have been fixated on the role of higher wages in driving inflation higher.

As I reported recently, an argument is even being aired that the solution to inflation is to drive the unemployment rate higher.

What's curious about that idea is that economic statistics make clear that corporate profits have played a much larger role in fueling inflation than wage increases or the currently low unemployment rate.

Wages have crept higher over the last year, but the increases have trailed inflation, which is why so many workers and their families are feeling the sting of higher prices. Corporate profit margins, however, have rocketed into the stratosphere, outpacing the inflation rate and pulling it higher.

"Markups and profits skyrocketed in 2021 to their highest recorded level since the 1950s," Mike Konczal and Niko Lusiani of the Roosevelt Institute reported in a new paper. "Further, firms in the US increased their markups and profits in 2021 at the fastest annual pace since 1955."

Despite that, worker-bashing remains the prevailing theme among inflation watchers. The latest example comes from the Wall Street Journal, which on Monday published an interview between its senior markets columnist, James Mackintosh, and former U.S. Treasury Secretary Lawrence Summers, an eminent inflation Cassandra.

In the course of what sounds like a toothsome "late-afternoon dish of cured salmon at a London hotel" (don't ask why Mackintosh felt compelled to disclose the menu), they appeared to agree that "newly empowered workers" were among "the biggest forces pushing for higher long-term (interest) rates," in Mackintosh's words.

The higher rates are "needed to keep prices under control," Mackintosh explained to his readers. "Labor unions have formed in previously unassailable places, including sites of Amazon, Apple and Starbucks. ... Stronger unions make for a more inflationary environment."