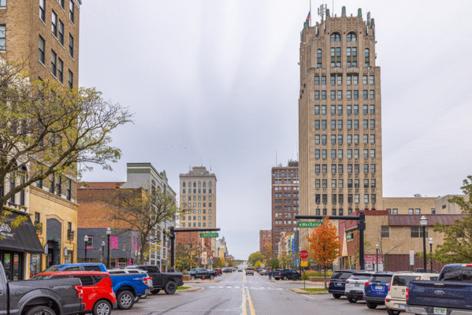 Michigan regulators on Thursday approved Consumers Energy’s plan to be one of the first utilities in the country no longer to burn coal by 2025, a move the energy company says still will offer reliability and save customers money.

The Michigan Public Service Commission approved the CMS Corp. subsidiary’s integrated resource plan, a 20-year blueprint illustrating how the company expects to meet the needs of its 1.8 million residential and business customers throughout the Lower Peninsula. The plan moves up the retirements of its coal plants by as much as 15 years and will save customers an estimated $600 million by 2040.

“This is a historic moment in Michigan’s clean energy transformation journey,” Consumers Energy CEO Garrick Rochow said in a statement. “The Clean Energy Plan is a sea change that positions our company as a national leader and empowers us to deliver reliable energy while protecting the planet for decades to come.”

Consumers Energy still will purchase the Covert Generating Station in Van Buren County from Eastern Generation LLC, a company of Boston-based private equity firm ArcLight Capital Partners LLC. Doing so will add the generation to the Midcontinent Independent System Operator’s network. MISO is the regional transmission organization overseeing the grid in most of Michigan. In April, it warned about tightening capacity and slimming reserve margins, so the addition “will boost reliability for Consumers" and others on the grid, according to the MPSC.

Consumers Energy will continue to operate its Karn 3 and 4 generating stations in Essexville outside Bay City that run on natural gas and fuel oil through May 31, 2031. They can produce 1,100 megawatts to meet peak demand, 8% of Consumers Energy's capacity. The original proposal had them retiring in 2023 with the coal-fired Karn 1 and 2 units.

All three units at the Campbell generating complex near Holland also would retire in 2025 under the plan. Coal-powered plants represent 19% of the company's electricity production and are more expensive to run than natural gas-powered plants, utility leaders have said.

The Clean Energy Plan also calls for adding 8,000 megawatts of solar power by 2040 and the issuance of a one-time request for proposal to purchase 700 megawatts of electric capacity, the rough equivalent of a power plant, to ensure reliability. Energy storage also will grow with 75 megawatts of capacity by 2027 and 550 megawatts by 2040.

The settlement also includes a 9% return-on-equity for Consumers Energy, less than the original 9.9% it proposed. The company has agreed to donate up to $33 million in assistance for low-income ratepayers starting with $5 million this year and $2 million in additional annual increments over 14 years.

“We’re building a dramatically different energy landscape in which customers won’t have to choose between protecting the planet and their pocketbooks,” Rochow said. “We will do both while making sure our state has the reliable power it needs.”