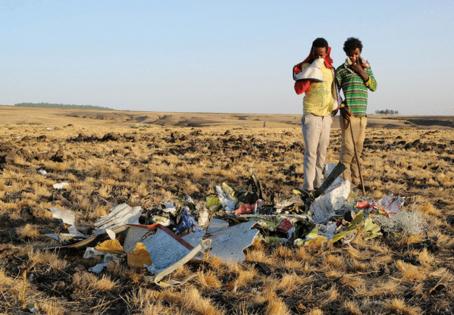 The way the FAA assesses the risk of a fatal airplane crash after a safety incident needs substantial overhaul, according to an evaluation mandated by Congress following the two Boeing 737 Max crashes conducted by an expert panel for the National Academies of Sciences.

The FAA declined to discuss with the expert committee the specific risk analysis that prompted the review: the safety regulator's December 2018 risk assessment after the first crash of a Boeing 737 Max in Indonesia that led to the decision to allow the Max to continue to fly.

Nevertheless, the 74-page technical report, published Wednesday, offers 13 recommendations for substantial improvements in the process that produced that 2018 assessment.

A month after the Indonesian Max crash, the FAA formally assessed the risk of further crashes due to a malfunction of the same flight control system. It concluded that, without a fix, there would be about 15 crashes over the entire life of the Max fleet — one crash every two or three years on average.

With that analysis, the FAA decided to allow the Max to continue flying while Boeing came up with what was expected to be a quick software fix — until the second crash occurred just over four months later.

So while unable to comment specifically on that faulty 737 Max risk analysis, "the committee was able to make recommendations that, if adopted, would significantly improve the ... process," the report states in the preface.

The new report notes upfront that "FAA management declined to provide additional details or to discuss the [December 2018 risk] analysis of the 737 Max with the committee."

Tarek Milleron, whose nephew Samya Rose Stumo died in the second Max crash in Ethiopia, has called the FAA's 2018 risk assessment "stunningly incompetent." He pushed to have this independent review of the process included as a mandate in the Aircraft Certification Safety and Accountability Act that Congress passed in 2020 in response to the Max crashes.

Milleron welcomed the report's recommendations, but was angered by the FAA's unwillingness to share with the committee the specific data upon which it based its 2018 conclusions about the risk of another Max crash.

"The broad scope of improvements drily suggested by the committee amounts to an absolutely humiliating assessment of the FAA's risk-analysis procedure," Milleron said.