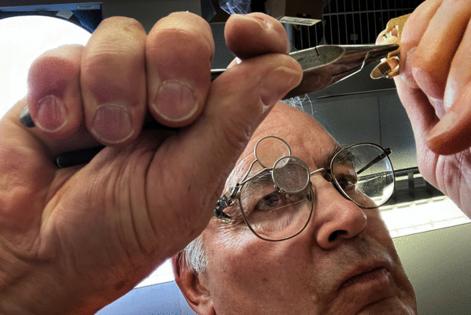 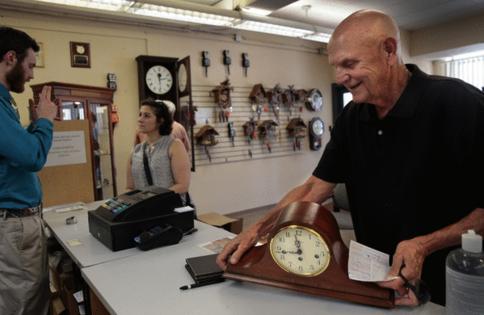 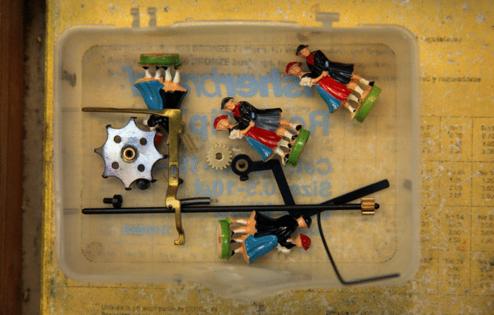 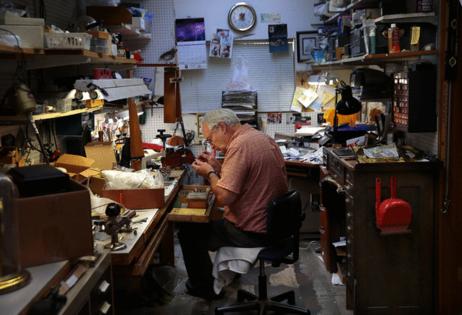 BRENTWOOD, Missouri — The Clockmaster here is running out of time.

After more than three decades solving the puzzles of century-old clocks and five-figure watches, Robert Good is ready to retire, and there's no one ready to take over his store. So Good is telling customers that his shop is closing at the end of July.

He'll be missed. There are other clock shops in the region, but not nearly as many as there used to be. And reinforcements are in short supply: His son doesn't want to stay in Missouri. No one, so far, wants to buy the store. Even the local horology school — where students learn the art and science of clock-making — is letting him down. Enrollment at the Quincy, Illinois, institution, where Good himself learned, is less than a tenth of what it was 50 years ago.

But there's still business to be had: Plenty of people rely on him to keep their old clocks ticking. "We have people tear up at the counter because they got to hear the clock that grandma heard," Good said.

Garry Meyer came by on Wednesday to pick up a camelback mantel clock, with the distinctive hump of its namesake, and had a similar story. "My wife and I have had it since we got married 50 years ago," he said, "and we can't part with it."

When Inez Barrett-Otey, 74, of Webster Groves, Missouri, came in Wednesday and learned she wouldn't be able to get her two clocks serviced here anymore, the news almost knocked her over. "I don't know what I'm going to do," she said.

In the early 1980s, Good was a newly minted teacher looking for something to do on summer break when he stumbled upon some clock repair classes at Gem City College, in Quincy. He'd enjoyed tinkering with things as a kid — the washer, the bikes, the lawnmower — and figured it'd be fun.

It was. Then he started getting grades back on projects: It could be a career, too.

Working with aspirin nearby

U.S. Steel Corp.'s Gary Works in Indiana will be the site of a study exploring the capture of carbon dioxide emissions from the air and storing them in concrete as a way to help reduce air pollution and battle the climate ...Read More