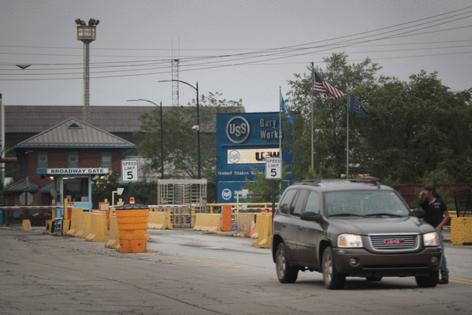 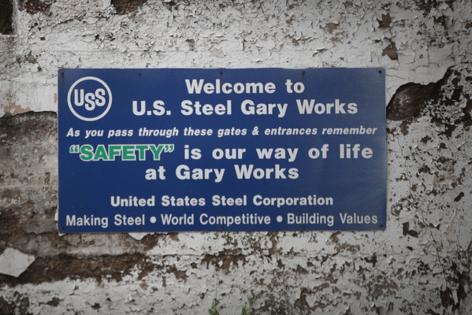 U.S. Steel Corp.'s Gary Works in Indiana will be the site of a study exploring the capture of carbon dioxide emissions from the air and storing them in concrete as a way to help reduce air pollution and battle the climate crisis.

The study will be funded by a $3.5 million grant from the U.S. Department of Energy's National Energy Technology Laboratory. The University of Illinois Urbana-Champaign's Prairie Research Institute received the award to lead the research.

U.S. Steel is committed to a lower carbon future, "but we know that one company's actions are not enough," said Rich Fruehauf, chief strategy and sustainability officer at the Pittsburgh-based steelmaker. "Achieving our goal of net-zero emissions by 2050 is going to take unprecedented innovation and collaboration."

The study will focus on the advancement of a direct air capture and utilization system, which can remove 5,000 metric tons of carbon dioxide from ambient air per year and then permanently mineralize it in concrete products, according to a news release Wednesday.

If built, the system would be larger than any existing direct air capture system, the release said.

The study will launch at the Gary Works using direct air capture technology developed by CarbonCapture Inc. The project will use the plant's waste heat, energy and location to minimize energy and transportation costs.

Once carbon dioxide emissions are captured from the air, the liquified gas will be transported to Ozinga ready mix concrete plants. Technology from CarbonCure Technologies will be used to inject the liquid directly into concrete as it is being mixed. When injected, the carbon dioxide mineralizes and is locked away in the concrete for good.

"At scale, we think this solution will lead to the removal of massive amounts of CO2 from the atmosphere," Adrian Corless, CEO of CarbonCapture, said in a statement.