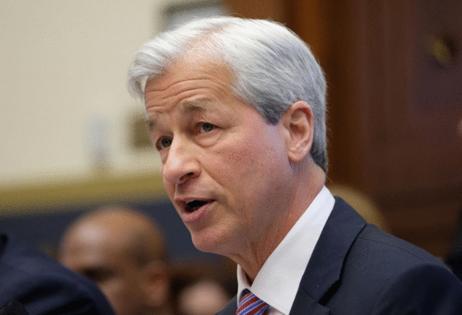 Unfortunately, for the most part, we have to take the company's word for it.

That's because over the last eight months, JPMorgan Chase seemed to ignore a state law requiring it to provide California officials with the data they need to make their own determination of how well the bank has performed in stamping out pay discrimination among its workers.

The frustration felt by California officials may be familiar to consumers with the experience of being flatly ignored by a big company when they try to file a complaint, or even merely obtain routine information.

Starting on Oct. 25, state officials warned the company five times, at least twice by certified mail, that it was in violation of a 2020 state law requiring it to file a pay data report.

The required reports, which were to be submitted for the first time by last March 31 for calendar year 2020, must include the number of a business's employees by race, ethnicity and gender performing certain jobs and their rate of pay during the previous year.

Chase never responded to any of the notices, according to the state Department of Fair Employment and Housing, which collects the data. Finally, on June 14, with the report more than a year late, the agency sued JPMorgan Chase in Alameda County State Court, seeking an order for the bank to submit the data promptly (and pay the state's expenses in bringing the action).

The bank says it's now working to come into compliance. "Several months ago, we recognized that the deadline to comply with the regulation had passed, and promptly began working to complete the filing requirement," a spokesman told me by email.

He further asserted, "We publicly make workforce and compensation disclosures nationally and globally, well beyond what's required of us." Indeed, the bank posts diversity statistics on its website, though not in the detail required by California law.

That may be so, but California's requirements are stricter and more consistent than those the bank and other employers must make to the federal government.

California's statistical demands conform to those that were established by the Obama administration in 2016. In August 2017, however— before the first report deadline arrived the following March — the rule was rescinded by the Trump administration. California proceeded on its own course and implemented a requirement resembling Obama's.

The goal of the pay reports is to enable state regulators to determine whether employers are complying with anti-discrimination laws barring pay disparities by gender, race or ethnic background unless they can be justified by factors such as seniority, merit, education or experience. The law applies to most employers in California with at least 100 employees nationwide.

JPMorgan Chase wasn't the first employer to be sued by DFEH for failing to submit a pay report. That honor belongs to the arts and crafts retail chain Michaels Stores, which operates at more than 100 locations in California among its 1,270 locations nationwide. After the chain failed to respond to three notices that it was in violation of the law, the DFEH filed a lawsuit on May 5.

A Michaels spokesperson told me by email that "we have now submitted all requested data and while we were inadvertently late to submit, we are working closely with the DFEH." The department confirms that it has been in contact with Michaels.

JPMorgan Chase is obviously a bigger fish, with more than 900 California locations out of its 4,900 nationwide, as the department lawsuit documented. But it may not be the last business the DFEH hales into court.

"We estimate there are thousands of employers that are required to file but have not yet done so for the 2020 reporting year," says agency spokeswoman Fahizah Alim.

Still, there is something off-kilter about JPMorgan Chase's explanation for its failure to meet the requirements of a state law in effect for more than a year.

It may be true that some of the state's notifications may have got lost in the mail — the DFEH in its lawsuit even acknowledges that some of its notices were "mistakenly" sent to a headquarters address.

Yet at least three notices were sent to the firm that functions as JPMorgan Chase's registered agent in California — a service that handles official or legal communications and forwards them to the proper office — on Feb. 9, April 20 and May 20. If the firm didn't properly forward the notices, which warned of pending legal action, then it wasn't doing its job and perhaps JPMorgan Chase needs to find a different agent.

But that invites the obvious question of why the biggest bank in the United States needs to be reminded of its legal obligations in the largest state in the union.

JPMorgan Chase had 122,000 employees in 2020, and surely some of them were members a robust compliance department tasked with ensuring that the bank obeys all its legal obligations in all jurisdictions where it does business.

Why should it have to be reminded that it owed California a pay and discrimination report by March 31, 2021? Why was a lawsuit needed to jog its memory?

And why, if the bank were really serious about its commitment "to drive a diverse and inclusive culture for our employees and our business" rather than treating that commitment as a throwaway line on its PR website, was it unaware that it was mandated to document that commitment with facts and figures?

It's hard to escape the conclusion that in this case, as in not a few others, JPMorgan Chase was using its vast size to its advantage. In the past, its daunting bulk and influence has stood it in good stead by intimidating regulators. This time around, perhaps someone in the corporate suite thought the data demands of the state of California were too trivial to bother with.

After all, what's the worst that could happen? Under the law, the most that DFEH can seek from a judge for violating its rules is its legal and court costs, and a court order that the defendant come into compliance.

There are only two real solutions: Break up companies that get so big that they don't know about, or don't care about, legal mandates that affect them on the ground; or raise the penalties so that violating a law aimed at protecting thousands of workers carries real consequences that are visible on a company's bottom line.

If thousands of employers are flouting the law in California, as DFEH believes, then maybe raising the stakes so that every day of noncompliance costs thousands of dollars would raise their awareness.

The global surge in the cost of fuel is starting to weigh on demand, according to the world’s biggest independent oil trader.

Consumers are being hit by the run-up in gasoline, diesel and other oil products, Mike Muller...Read More

GRANITE CITY, Illinois — News got around quickly in this town across the Mississippi from St. Louis: The steel mill's death knell was sounding again, and this time, the end might really be near.

At the Daylight Donuts ...Read More

Instituting direct elections of United Auto Workers' international officials is leading some members to step up and challenge President Ray Curry to the union's top role, even from within Solidarity House.

Corn growers — or anyone with a connection to the U.S. corn belt — knows the saying: Knee-high by the Fourth of July.

This sing-song expression for judging a crop's success is at least a century-and-a-half old. Over ...Read More