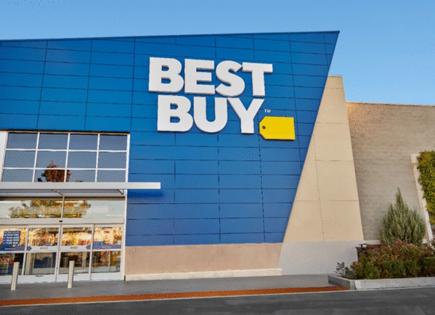 When enabled, users can just say, "Alexa, call for help," and they will be connected to a Lively agent who will assess the situation and dispatch medical authorities when needed.

"We are moving along the path of our services will not just be available through our phones and personal emergency response [devices] anymore, but they will be available through devices that people want to use in their home," Deborah Di Sanzo, president of Best Buy Health, said in an interview.

The move builds on Lively's existing access through Apple Inc.'s watches and Best Buy's own Jitterbug mobile phones. A pioneer in the smart speaker industry, Amazon's Alexa has long been the dominant platform in the market, though its share has shrunk as competitors emerged.

The Lively monthly subscription service, which was called GreatCall when it was purchased by Best Buy in 2018, is primarily used by seniors. It expanded its membership by 15% to more than 2.5 million during 2021, Best Buy announced in March.

While many people remember commercials for one-touch personal emergency response devices from decades ago, the industry has evolved, with customers now able to use their everyday mobile and smart home devices in case of an emergency.

During the pandemic, there has been increased consumer adoption of at-home medical services like virtual appointments, Di Sanzo said. There has also been more acceptance by medical professionals of the benefits of health care from home, she said.

"Consumerism really came to health during the pandemic and so what Best Buy's customers were saying is that, 'I need technology to help me take care of my family in my home 365 days a year.' ... As soon as you mention consumer technology, that's Best Buy's area," Di Sanzo said.

Before the pandemic, Best Buy began to train groups of blue-shirted Best Buy store staff on Lively services. For the past year, Geek Squad has worked on delivering Lively's personal emergency response devices to people in their homes, especially those who are part of Medicare and Medicaid.

This summer, Best Buy will begin training Geek Squad workers in patient monitoring services as part of its integration of a firm called Current Health that it bought last year.

Started in 2015, Current Health, which has dual headquarters in Boston and Edinburgh in the United Kingdom, is developing a variety of services aimed at delivering care to patients in their homes through condition monitoring with the help of connected devices, telehealth services and more. It works with hospital systems to try to lower admission rates as well as pharmaceutical companies as they track clinical trials.

Earlier this week, Best Buy executives told analysts that Current Health had its best commercial booking quarter ever with the expansion of its relationships with health systems such as Mount Sinai Health System, Parkland Health, as well as the U.K. National Health Service.

Di Sanzo said Current Health will continue to pursue health system clients in both the U.S. and U.K. It will also try to attract more global pharmaceutical clients.

Di Sanzo said there was still room for Best Buy to grow in chronic disease monitoring devices, skincare, fitness and wearables. Earlier this month, Best Buy announced it has expanded its skincare products to include items like facial steamers.