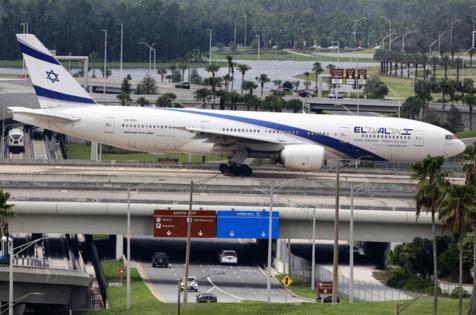 El Al, the national airline of Israel, is moving its U.S. headquarters from New York to Margate in Broward County, according to the county mayor and the Greater Fort Lauderdale Alliance.

In a joint telephone interview Thursday with the South Florida Sun Sentinel, Mayor Michael Udine and David Coddington, senior vice president of business development for the alliance, said airline officials made their decision after closely vetting the area for suitable schools, religious facilities and the availability of local aviation industry talent.

“I sat in on the meetings. I watched this morph into an amazing dialogue and partnership,” Udine said. “The El Al people really loved what we had to offer.”

“El Al has a special place for a lot of people in South Florida,” he added. “There is a vibrant Jewish community from Miami Beach up to Boca Raton and all of Broward County.”

Reports this week in the New York Post, Jewish Times and The Next Miami all declared the airline is shifting its operations to Miami, where El Al operates a sales office as well as several weekly flights to and from Israel out of Miami International Airport.

But the alliance, which is the public-private economic development arm for Broward, said those reports were “incorrect.”

Coddington said the airline is indeed moving to Margate from New York, and that operational departments would include all of the carrier’s U.S. financial, administrative and marketing functions.

He and Udine did not know how many employees will be coming to South Florida and would not identify the exact location or timing of the carrier’s move, deferring to El Al management.

“I think it is going to happen quickly,” Udine said.