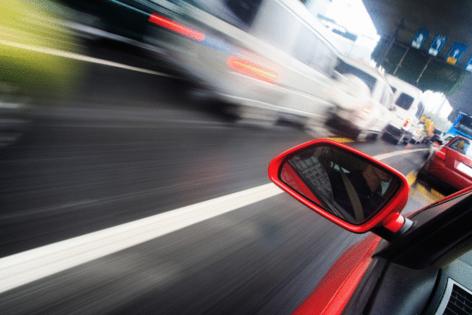 Q: My first turbocharged vehicle was a 2003 Volvo XC90 with a 5-cylinder engine. The owner's manual stated that the engine should be warmed up to allow the turbocharger to come to temperature before driving and let the turbo cool down for a couple minutes before shutting the engine off. I now have a 2015 Audi A5 with a turbocharged 4-cylinder engine. The "nanny" reminder system tells me to "Avoid warming up engine while stationary," basically suggesting that I drive away. I've been following the Volvo tactic when driving my Audi. So, the bottom line is that, depending on outside temperature, I'm only wasting a little over a minute of gas when starting a cold engine. What do you recommend? Does a car's turbocharger need to warm up/cool down or not?

A: “There goes another guy with a blown turbo.” We used to hear that when turbochargers debuted as a quick answer for more power from dinky engines. Blue smoke enshrouded cars as they burned oil. To help the turbo survive, motorists were cautioned to start and idle for about 30 seconds and to also allow the engine to idle for a minute or so before shutdown. The cooling off period helped prevent oil from coking in the hot turbo. Turbos have come a long way. Drive gently for the first five minutes and kill the engine normally unless you just pulled off the Autobahn.

Q: I’ve got a 2011 Ford F150 that frequently sits in our driveway without running. It has a 12-volt power outlet on the dash (not the cigarette lighter). It appears from testing that it is power-on capable all the time. Do you think a solar charger plugged in here would provide a trickle charge to the battery? I am concerned about over charging the battery. My Ford service writer does not have the answer to my question. I’m hoping your vast experience and resources can help!

A: Solar chargers with overcharge protection (smart chargers) are the way to go. Check out your favorite auto parts store, big box store or shop online.

Q: The question from T.B. claiming better fuel efficiency the faster one goes reminded me of an incident I experienced. I was headed on a well-traveled interstate having a 70 mph limit to a holiday with family when I just happened to encounter my sister on the same highway, heading for the same place. I was tooling along at 55, but she was flying at 75. Just for kicks, I decided to follow her. Normally, I could make the round trip on a tank of gas with a couple days' worth for errands left over. Guess what? I was not able to make it back on that tank of gas! I realized about 30 miles from home that I had to stop to refuel to be sure of making it through a major bridge-tunnel. That needle was dropping fast!

A: With the price of gas nearly the highest since the recession of the 1980s, we may see the return of lower speed limits once again, but probably not anytime soon. Adjusted for inflation, we are paying about 20 cents less than at the peak in March 1981, according to AAA. That may not be bad enough to mandate a 55 mph speed limit, as was imposed during the Carter administration. You prove the point that 55 mph vs. 70 mph makes a big difference.