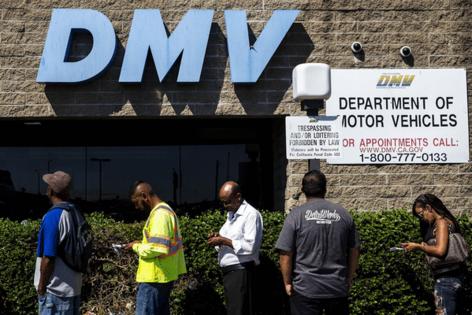 Are Californians ready for yet another new version of the driver's license?

The last one — called "Real ID" — went over about as well as CNN+. As of April, less than half of the state's drivers had obtained one, even though Californians will need a Real ID or a passport to get on a plane or enter a federal building in a year. The tepid reaction may stem from the fact that these IDs offer no new benefits to drivers, just another time-consuming obligation.

Now the state's Department of Motor Vehicles is planning to test a version called a mobile driver's license or digital ID — an identity-verifying credential stored on your smartphone. And unlike Real ID, a mobile license could give you more control over your personal information, although critics say a poorly designed system would threaten your privacy.

Louisiana, Colorado and Arizona already have rolled out mobile licenses, and Utah is testing them. Other countries, including Germany and New Zealand, are also creating digital identity systems. Yet the technology is still in its early days, experts say, with some key pieces unfinished.

Here's a rundown of how mobile licenses would work, the benefits they could provide and the potential drawbacks.

Eric Jorgensen, director of Arizona's Motor Vehicle Division, said in a recent interview that the goal is to improve security, privacy and convenience. "It's not about balancing one against the other," he said. "It's an attempt to make all three of those better."

The easiest way to understand the push for change, though, is to consider the problems with conventional driver's licenses.

The 9/11 terrorists used fraudulently obtained state IDs to board the planes they hijacked, putting an exclamation point on the vulnerabilities of physical ID cards. That day's events prompted the federal government to pass the Real ID Act in 2005, which set higher standards for how licenses were designed and issued. The goal was to deter the cards from being counterfeited or obtained by people who were not legal residents.

Real ID was no panacea, however. While the watermarks and other design features were hard to copy, they were also hard for the untrained eye to recognize. You almost have to be a security expert to detect them, Jorgensen said.