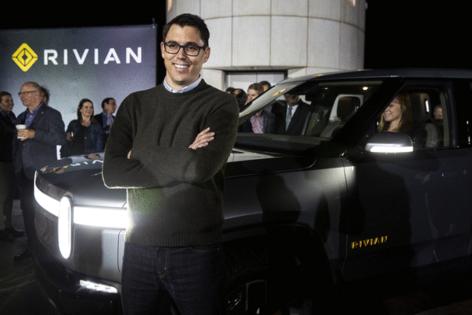 Then came the December announcement of Rivian’s $5 billion electric vehicle plant that has shaken the political landscape around the farms and pine forests an hour east of Atlanta that dot the area around the future factory.

Rivian has its fans, and Gov. Brian Kemp and state leaders of both parties have hailed the project and its 7,500 promised jobs as transformational for Georgia.

But as Tuesday’s primaries loom, the factory has become a wedge issue in local and state races for many voters near the future plant. Opponents say they fear the plant threatens the area’s environment and rural character. The $1.5 billion in tax breaks and other incentives state and local officials offered Rivian have also become political lightning rods.

“I don’t like the amount of money the state and the taxpayers are having to foot to bring the business here,” said Gail Wilson, a Rutledge resident who lives five miles from the nearly 2,000-acre site. “I don’t care how many jobs they’re saying they’ll bring.”

“I’m vested in the community, and I want it to have growth, but do it well,” he said.

Walton and Morgan counties, where the factory will be built, are part of Kemp’s rural conservative base. He won about three-quarters of the votes in the two counties in 2018. And big jobs deals tend to be amplified by politicians of all stripes when they seek re-election.

On Friday, Kemp and leaders of Hyundai Motor Group are expected to announce another huge EV plant in conservative Bryan County near Savannah.