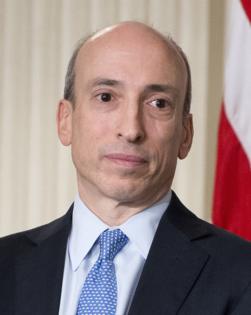 Governance proposals heavily dominate annual shareholder meetings despite activist investors’ concerns about material risks from environmental and social issues, according to an analysis from a financial think tank.

The number of proposals submitted globally at annual shareholder meetings increased by over 80 percent since 2012, to nearly 12,500 resolutions in 2021, according to data from Planet Tracker. Of the proposals submitted, governance issues such as executive compensation and shareholder rights accounted for 93 percent.

Planet Tracker investigates the risk of market failure related to environmental impact on oceans, food, and land use, focusing on materials such as textiles and plastics.

Those trends may shift in the U.S., where activist shareholders are garnering support and the Securities and Exchange Commission is encouraging more policy-focused shareholder proposals.

As it stands, however, social factors including diversity and inclusion efforts and workers’ rights made up 5 percent of proposals submitted, and environmental-related resolutions accounted for 2 percent. Governance’s dominance in proposals remained consistent throughout the decade, the report found.

“Following a significant number of environmental, social and governance proposals received by corporates in 2021, the ongoing pandemic and the inflow of funds into ESG strategies has helped increase the number of sustainability-related proposals by more than 20 percent this year,” the report said.

“However, if the past is a useful indicator of the future, then some of this optimism should be treated with caution,” it said.

Planet Tracker is particularly concerned that certain issues are failing to make it onto meeting agendas. For example, in the last five years, plastic use and pollution have come up in eight proposals in the U.S., including twice at chemicals company DuPont de Nemours Inc.

“Planet Tracker welcomes the growing importance of ESG proposals at shareholder meetings. However, the ESG headline figures for these annual meetings over the past decade can deceive,” said John Willis, Planet Tracker’s director of research. “Hopefully, this year we will witness a new momentum on an assortment of ESG issues, not least on environmental topics, where many CEOs have made public statements on net zero targets.”