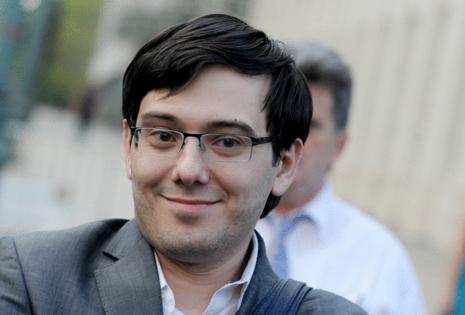 NEW YORK — Imprisoned “Pharma Bro” Martin Shkreli was banned for life from the pharmaceutical industry and ordered to return to victims $64.6 million of the profit he made by jacking up the price of a life-saving drug, a federal judge ordered Friday.

The Federal Trade Commission and seven states, including New York, sued in January 2020 accusing Vyera Pharmaceuticals — formerly Shkreli’s company Turing — of increasing the price of Daraprim by more than 4,000% from $17.50 to $750 a pill.

After a seven-day trial last month, Cote found Shkreli liable and ordered him to pay $64.6 million to the FTC, New York, California, Ohio, Pennsylvania, Illinois, North Carolina and Virginia. The FTC and the states will disperse the money to “victims nationwide,” the judgment reads.

“He (Shkreli) was the mastermind of its illegal conduct and the person principally responsible for it throughout the years,” Cote wrote in her judgment.

Daraprim, which treats toxoplasmosis, a potentially fatal parasitic disease for HIV patients and other immunocompromised people, was affordable up until August 2015 when Vyera purchased the drug.

It was not immediately clear whether Shkreli has the means to pay the judgment. However, prosecutors said Shrekli reported his net worth at $70 million after his arrest, Reuters reported in 2017.

“‘Envy, greed, lust, and hate,’ don’t just ‘separate,’ but they obviously motivated Mr. Shkreli and his partner to illegally jack up the price of a life-saving drug as Americans’ lives hung in the balance,” James said in a statement, referencing the Wu-Tang Clan album Shkreli was forced to hand over to cover a $7.4 million forfeiture judgment.

“But Americans can rest easy because Martin Shkreli is a pharma bro no more.”

The judgment comes after Vyera Pharmaceuticals and its parent company, Phoenixus AG, agreed last month to pay a $40 million settlement over 10 years to consumers who were allegedly victims of the price gouging.

As a result, former Vyera CEO and Shkreli business partner Kevin Mulleady agreed to a seven-year ban in working or consulting for a pharmaceutical company.

Shkreli is currently serving a seven-year federal prison sentence in Allenwood, Pennsylvania, for a securities fraud conviction connected to hedge funds he ran prior to his pharmaceutical career.