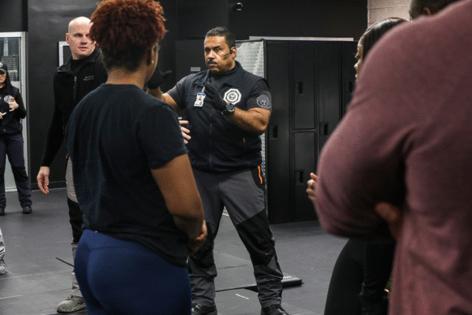 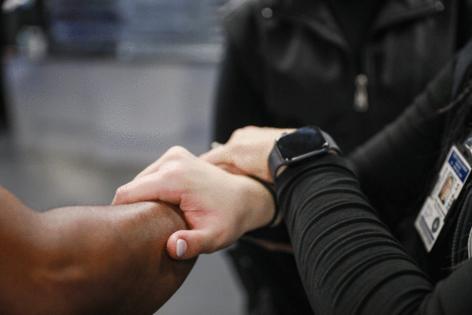 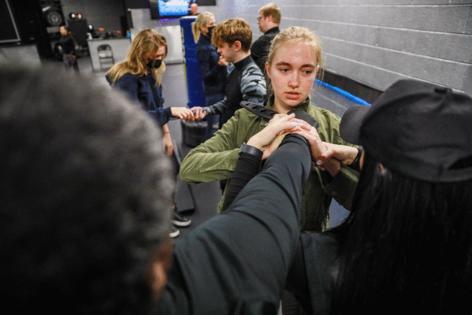 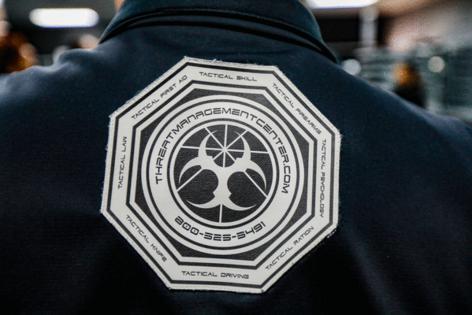 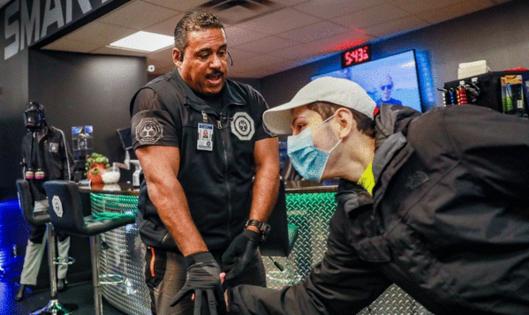 A business based in Ferndale, Michigan that was able to mix self-defense with humor has become a viral sensation on Instagram and YouTube.

The business, called Detroit Urban Survival Training, and the tactics it teaches reached the likes of "Saturday Night Live" and the National Football League, and were mentioned by celebrities and social media influencers. Co-owner Dale Brown also spent time teaching Detroit Pistons mascot Hooper how to defend himself.

Brown, 52, of Bloomfield Hills, is the founder of Detroit Urban Survival Training, often referred to as D.U.S.T. He co-owns the business, which opened last year, with his wife, Mirela Brown, 37. Together, they have grown the business' social media presence to over 232,000 followers on Instagram and 1.27 million subscribers on YouTube.

Many who watched the videos were convinced that the self-defense tactics wouldn’t work. It wasn't until celebrities and influencers visited the business in person that they realized what D.U.S.T. teaches could work in dangerous situations.

“I would say nine out of 10 people we were coming across were sure it didn’t work,” said Dale Brown, who also is director of operations. “Like it was either magic or something made up or an internet thing. So when people go back and look at our history and find out we’re really in Detroit, they’re like wait, that must be real. You can’t run around Detroit and not have real stuff.”

The business focuses its Preventative Threat Management System on three things: psychology, law and skill. The goal is to use the “least amount of force to achieve safety,” while learning the laws to avoid getting in trouble, prosecuted or sued.

“We teach people how to create safety safely,” Brown said. “Specifically, we teach people how to become their own bodyguards — how to make themselves safe. And it’s psychology, law and skill in that order. So they can have a legal format to protect themselves, and their families and others, and also understand psychologically how to create the most non-adversarial interaction, so we can create the most nonviolent outcome by design. Specifically our training system is for creating peace.”

Detroit D.U.S.T. is the training school. It is part of the larger Detroit Threat Management Center, which has been providing bodyguard services and protection since 1994. The company protects domestic violence and stalking victims for free, and hosts a free training class on Fridays for victims and families to learn how to become their own bodyguards.

“We explain how they are able to keep themselves safe, and police can help them, as well,” Brown said. “But ultimately, it's about giving people the empowerment to keep themselves safe. It’s the women and children who were abused for many years. The training is what makes them able to recover and feel good about themselves going forward.”