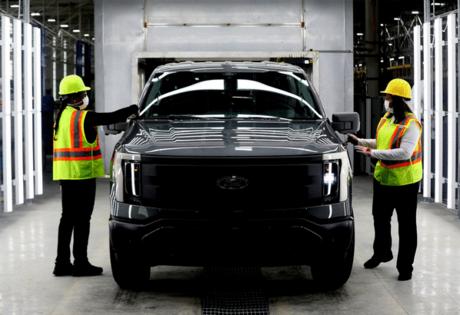 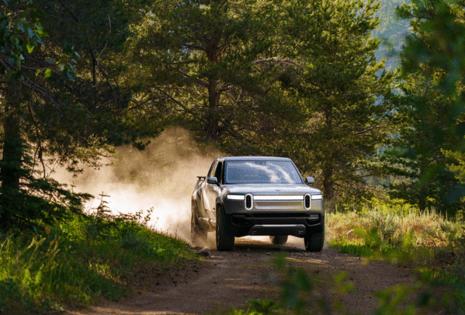 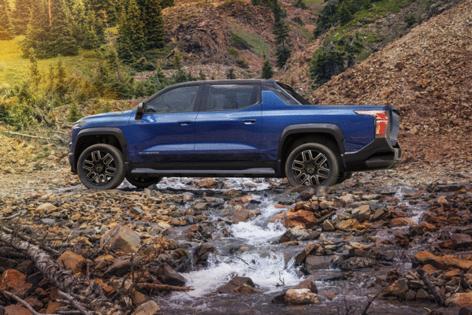 That’s how much more the Silverado EV’s RST trim costs than a comparable, diesel-powered Silverado RST. Ford has also released its price configurator for Lightning, and EV models run from $18,000 to $25,000 more than their gas-powered counterparts. They will also be shopped against startup EV trucks like the $74,000 Rivian R1T and the $125,000 Bollinger B2.

While manufacturers advertise EVs as the future of autos, their initial offerings have a decidedly premium feel. Like Teslas or Mustang Mach-E electric SUVs, American pickups appear targeted at a niche market of luxury customers with multi-car garages — or wealthy corporations with trendy environmental sustainability goals to meet.

“For now, automakers know that EVs are a premium market. Particularly wealthy first adopters in places like Silicon Valley,” said California-based auto analyst Karl Brauer of iSeeCars. “These are the same people who have bought Tesla Model Ss for their high performance.”

Chevy’s all-wheel-drive Silverado EV RST first-edition model will debut in late 2023 at an eye-watering $105,000 — about the same price as Porsche’s AWD electric car, the Taycan. The RST’s sticker is just shy of the GMC Hummer EV Edition 1 price of $112,595.

The Ford Lightning’s top-trim, loaded Platinum model stickers at $92,569 (compared with a loaded, $72,000 Platinum gas-hybrid model) — more than $8,000 north of the standard, rear-wheel-drive Porsche Taycan EV. Lightning will be offered in a variety of lower trims when it hits the market this spring, a year ahead of the Chevy.

That’s similar to the $10,000 premium that buyers have paid for Chevrolet’s first electric vehicle, the Bolt EV, over a comparably-sized, gas-powered Chevy Trax SUV that starts at $22,595. The Bolt EV was hyped as a volume EV seller when it was revealed in 2016, but its sales have hovered around 20,000 units annually — or just 20% of Trax sales.

Lightning will initially only be offered in a SuperCrew cab (four-door) configuration. In XLT trim, that would align it with the F-150’s meat-and-potatoes XLT gas model, one of the Blue Oval’s best-selling vehicles. Load up a Lighting XLT and gas XLT, however, and the prices diverge.

Costco's shareholders are pushing the retail superstore to address its impact on the climate.

Tucked in amid reports on the number of rotisserie chickens sold (106 million) and the number of hot dog-and-soda combos ...Read More