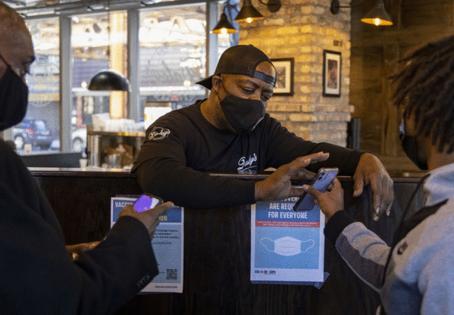 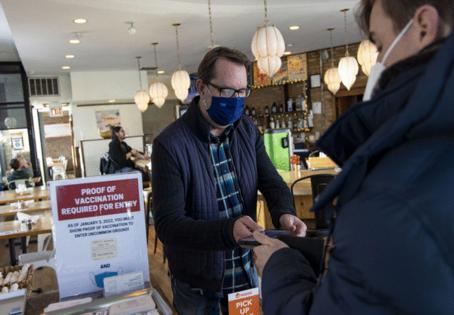 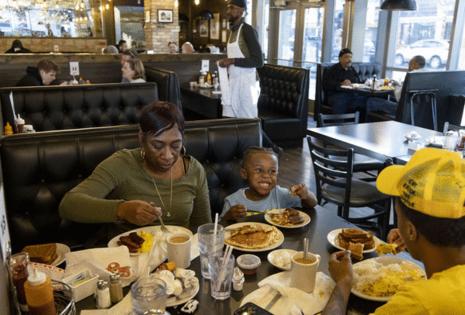 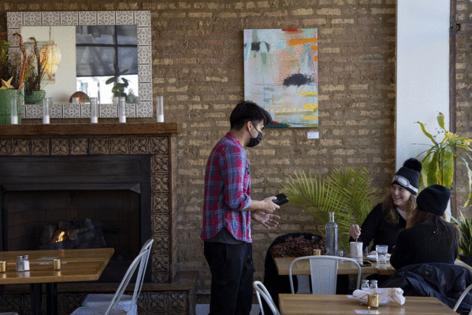 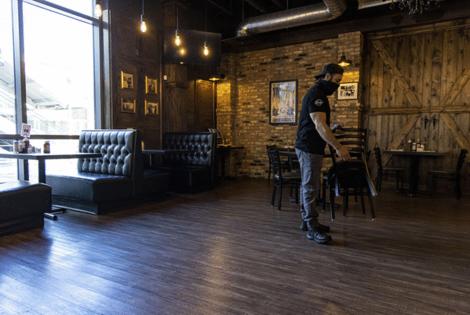 CHICAGO — It’s another tough winter for restaurants. And in Chicago, depending who you ask, the city’s COVID-19 vaccine mandate is either hurting or helping.

In highly vaccinated neighborhoods, and in restaurants already asking customers for proof of vaccination, the mandate has largely been a relief.

In less-vaccinated neighborhoods, many of which are on the city’s South and West sides, it is making a difficult time harder.

“Asking people in my area to show proof of vaccination is almost asking them for a fight,” said Carmella Coqmard, owner of The Foodie’s Spot in the Grand Crossing neighborhood. “People are very, ‘Don’t do that.’ They’re getting very defensive. I’m losing customers.”

Business last weekend was the worst to date in the three-year history of The Foodie’s Spot, which serves organic, halal and kosher food, Coqmard said. She laid off three workers Monday due to a downturn weeks in the making.

Though multiple factors work against Chicago restaurants at the moment — winter weather is baring its teeth and the omicron variant continues its spread, with 201,428 new cases of COVID-19 announced last week by the state health department — Coqmard is dealing with another factor: less than 46% of residents in the 60649 ZIP code where her restaurant is located are fully vaccinated.

That figure accounts for one of the lowest vaccination rates in Chicago, where a citywide average of 65% of residents are fully vaccinated and 73% have received at least one dose, according to city data. But even in the early months of 2021 when vaccines became available, racial disparities emerged. Advocates at the time said a higher share of Black and Hispanic residents might have a harder time lining up shots, or may be wary to taking them because of past medical discrimination.

A Tribune analysis in May of more than 1 million first doses given in Chicago found nearly 60% of shots went to suburbanites and residents of neighborhoods deemed to have the lowest risk of COVID-19. Unequal access to vaccines for communities on the South and West sides contributed to lower vaccination rates and preventable COVID-19 deaths, according to a University of Chicago study released in September.

Coqmard has little doubt that the low vaccination rate is affecting her sales. She also said she isn’t surprised at the downturn in a ZIP code where about 95% of residents are Black.

“A lot of Black people do not trust vaccination,” Coqmard said. “When there’s mandates about stuff, they don’t trust it. There’s history that causes fear, even when there’s possibly something good for them.”

RCN, a cable and internet provider available to about 1 million homes in Chicago and the suburbs, is rebranding as Astound Broadband, joining co-owned regional services such as ...Read More

Medtronic CEO Geoff Martha has a simple message for the skeptics: despite some bumps in the road, the robots are coming.

While Hugo might sound like a big, fluffy dog character in an animated movie, it's the name ...Read More

Elizabeth Holmes, the Theranos founder convicted of four counts of felony criminal fraud by a jury earlier this month, probably will not receive her sentence until after Labor Day, according to a new court filing.

One day after the Art Institute of Chicago Workers United was certified to represent workers at the iconic South Michigan Avenue museum, employees at the School of the Art Institute won the vote to join their brethren in ...Read More