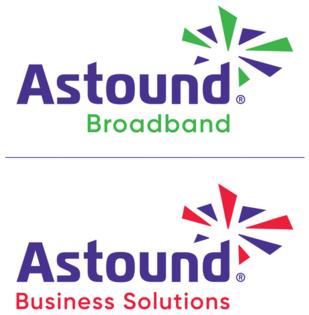 RCN, a cable and internet provider available to about 1 million homes in Chicago and the suburbs, is rebranding as Astound Broadband, joining co-owned regional services such as Grande, Wave and Digital West under the new national banner.

The announcement Wednesday gives New Jersey-based Astound, the sixth largest cable operator in the U.S., more marketing heft as it competes against industry giants like Comcast and AT&T, with a focus on growing its broadband customer base.

Customers will see the new name on everything from bills to repair trucks.

“Even our technicians will have new uniforms,” said Tom McKay, senior vice president and general manager of Astound Broadband Chicago.

Stonepeak, a New York-based private equity firm, bought Astound — the parent company of RCN and other regional cable providers — for $8.1 billion in August. Astound has more than 1 million subscribers in Chicago, New York and other markets from New England to the Pacific Northwest, with aspirations to become a larger player under the new name.

In November, Astound completed the $661 million purchase of WOW!, adding more than 75,000 customers in Chicago’s western suburbs, as well as service areas in Evansville, Indiana, and Anne Arundel, Maryland. WOW! customers will transition over the next several months to the Astound brand, McKay said.

Astound declined to say how many subscribers it has in the Chicago area between RCN and WOW!, but the company plans to launch an aggressive marketing campaign in Chicago to introduce the new name and lure new customers, McKay said.

Putting broadband in the name is part of the Astound growth strategy, and reflective of broader industry trends.

Traditional cable and satellite providers lost more than 5.1 million subscribers through the first nine months of 2021, according to data from industry analysts MoffettNathanson. Losses in the pay-TV industry have been partially offset by gains in streaming services like Sling TV, DirecTV Stream and Hulu + Live TV.

Medtronic CEO Geoff Martha has a simple message for the skeptics: despite some bumps in the road, the robots are coming.

While Hugo might sound like a big, fluffy dog character in an animated movie, it's the name ...Read More

Elizabeth Holmes, the Theranos founder convicted of four counts of felony criminal fraud by a jury earlier this month, probably will not receive her sentence until after Labor Day, according to a new court filing.

One day after the Art Institute of Chicago Workers United was certified to represent workers at the iconic South Michigan Avenue museum, employees at the School of the Art Institute won the vote to join their brethren in ...Read More

A 19-year-old security researcher claims to have hacked remotely into more than 25 Tesla Inc. cars in 13 countries, saying in a series of tweets that a software flaw allowed him to access the EV pioneer’s systems.

When the Roku Channel launched five years ago, it was a minnow in a sea of streaming giants.