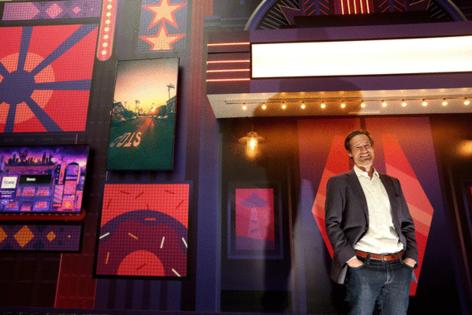 When the Roku Channel launched five years ago, it was a minnow in a sea of streaming giants.

The streaming channel mostly seemed like a footnote to the San Jose firm known for supplying software and devices that help consumers navigate Netflix, YouTube and other streaming services.

No more. Roku Channel is now the industry's fifth most popular streaming service, according to Activate Consulting, with 80,000 on-demand shows and movies, more than 200 live TV channels and an estimated audience of 70 million viewers in the United States. And, in a bid to attract more eyeballs, the channel is making a big push into original programming, with plans to develop more than 50 original scripted and nonscripted shows over the next two years.

Roku's deeper investment in original programming follows the playbook of Netflix, which began as a distributor for older, licensed movies and TV shows. Then it evolved to build a large library of its own original, award-winning content.

As it moves to become a content producer, the Roku Channel has expanded its presence in the Los Angeles area. Roku's Santa Monica team doubled to more than 200 employees in 2021.

To accommodate its larger workforce, the Roku Channel is moving into larger digs early this year. The company, which previously had an office at the Water Garden in Santa Monica, has leased 72,019 square feet at the Colorado Center, according to L.A. Realty Partners.

"We actually outgrew the office that we left before the pandemic and have to open a new office," said Rob Holmes, Roku's vice president of programming. "It just reflects the size of Roku's resources and the kind of investment in the L.A. area."

Roku ventured into original programming when it acquired a library of more than 75 programs from Quibi. The now-defunct Hollywood streamer led by studio mogul Jeffrey Katzenberg and tech veteran Meg Whitman aimed to revolutionize entertainment with videos that were 10 minutes or less and featured A-list celebrities. The start-up threw a lot of money at its productions, spending as much as $100,000 per minute. But its app failed to garner a large enough audience and shut down in December 2020.

Many analysts believe Roku snapped up the Quibi library at a major discount — one person who was familiar with the deal who declined to be named said the rights were sold for less than $100 million.

Q: My 2017 Honda Pilot with the Touring package has 56,000 miles and is a wonderful vehicle except for the air conditioning. At various times while on long trips, the A/C blows warm air. Changing temperatures or switching ...Read More