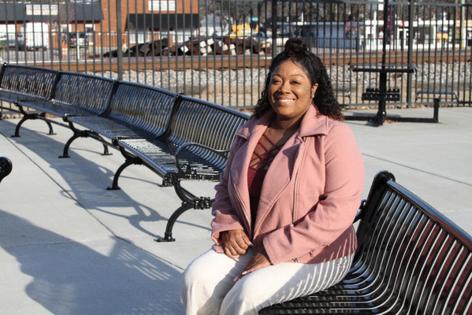 An unplanned and complicated pregnancy pushed Carlazjion Constant of Smyrna, Tennessee, to the financial brink.

Her high-deductible health insurance paid virtually nothing toward the extra obstetrician visits needed during her high-risk pregnancy. Just as those bills totaling $5,000 came due last year, a real estate company started garnishing her paycheck over a broken lease during college a decade ago.

“I have a child. Like, I can’t do that,” said Constant, who works as a medical assistant in a pediatric office. “Something has to be done. There has to be a way out.”

She stumbled upon the Brooklyn-based nonprofit Upsolve, which helps consumers use bankruptcy laws to their advantage.

Medical bills are often what push people into personal bankruptcy, despite rarely figuring as a family’s largest debt. But they tend to be unexpected. Nearly 1 in 5 U.S. households are on the hook for overdue medical bills, according to the U.S. Census Bureau, with higher concentrations in the South, where many states haven’t expanded Medicaid to cover the working poor.

When Constant, 31, started looking into Chapter 7 bankruptcy, though, she learned lawyers might charge her at least $1,500.

Bankruptcy is a last-resort fix, but the financial reset button is also out of reach for many because the act of declaring bankruptcy is relatively expensive. Most people use one of two options under the federal bankruptcy laws to get out of debt. Chapter 7 bankruptcy is intended for those without many assets to protect. It essentially cancels most debts — though rarely student loans — while the other commonly used option, Chapter 13, often sets up repayment plans.

Constant’s web search for a cheaper solution led her to the Upsolve site, where users can download a free app that helps them file without the expense of hiring an attorney. Users still owe a $335 court filing fee, though the app helps them apply to have it waived.

“Those legal fees are like modern-day poll taxes,” said co-founder and CEO Rohan Pavuluri. “If you can’t pay the fee, you can’t access this right you’re supposed to be guaranteed.”

Cristina Velasquez has cleaned up almost every imaginable mess during her 21 years as a hotel housekeeper, but the scene awaiting her when she opened the door to a room at the Hilton Garden Inn in Hollywood a few months ...Read More

Universal Orlando has updated its company vaccination policy in accordance with federal guidelines, and under the new requirements employees who have not been fully vaccinated by Feb. 9 will have to undergo weekly COVID ...Read More

Google offers its full-time employees working from home a supply of high-end instant COVID-19 tests. Meanwhile, the contract workers still coming into offices have to wait longer for results.

Employees at the Art Institute of Chicago have successfully voted to form a union, achieving certification Tuesday from the National Labor Relations Board and ushering in a new era for hundreds of nonmanagement workers at ...Read More

A safety defect in a pressure cooker bought by nearly 1 million consumers has left dozens of users with burns, according to a federal lawsuit filed on Friday.