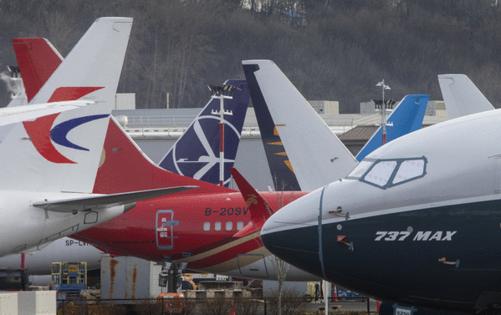 With Boeing having halted 787 deliveries and 737 MAX deliveries ramping up only slowly, Airbus far outproduced its U.S. rival in 2021, making the European jet maker the world's top commercial airplane company for the third successive year.

Boeing more than doubled its production performance in 2020, when the high-volume MAX narrowbody jet was grounded. With the MAX back in the air, Boeing delivered 340 jets last year, compared with just 157 in 2020.

Boeing last year delivered fewer than a third the number of widebody jets it delivered just two years ago. With international long-haul air travel still at a very low level due to the coronavirus pandemic, few airlines are eager to take these big airplanes.

Beyond the lack of demand that hit both manufacturers, though, Boeing is suffering from self-inflicted wounds.

It is still struggling to convince the Federal Aviation Administration that it has a firm grasp on the 787 manufacturing problems that produced small but unacceptable gaps at structural joins and stopped all but a few 787 deliveries in 2021.

The FAA won't give its approval to resume deliveries until Boeing can ensure that every plane leaving its factory will meet the specifications. One Wall Street analyst has projected that 787 deliveries are unlikely to get that approval until the third quarter of this year. Another is conservatively projecting a resumption only next year.

Meanwhile, deliveries of the larger 777 widebody are averaging just two a month as Boeing transitions to the new version, the 777X.

Delays have pushed out certification of the 777X to late 2023 at the earliest. Heightened demand for the 777F freighter during the global supply chain crunch is the only thing keeping that assembly line in Everett going.

And yet, 2021 was a year when the aviation world did at least begin to show signs of recovery, however uneven and stuttering.

For Boeing Co., the pandemic was just one item on the long list of its existential concerns over the past four years. But after a talent exodus, the twin tragedies of its 737 Max jets falling from the sky, and stiff ...Read More