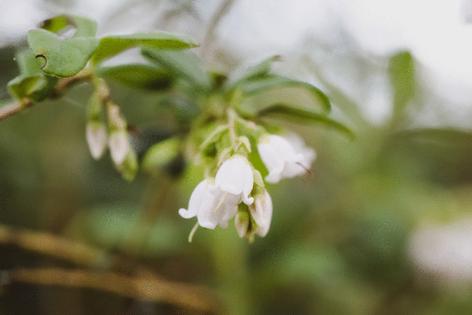 On Alex Cornelius’ nearly 300-acre farm west of Waycross, Georgia, confused blueberry bushes have already started blooming, about two to three weeks earlier than normal. Other varieties, which require longer exposure to cool temperatures, have not received the cold hours they need for a productive crop.

As temperatures soared to near 80 degrees late last month, many Atlantans enjoyed the novelty of spending the holiday season outdoors in T-shirts and shorts, before January’s cold snap kicked in.

But for fruit growers across the state, the warm weather has been nerve-wracking. And with the risk of frost damage lingering, some farmers will be anxiously watching their temperature gauges for many more weeks.

“It gives us great concern because we have a long way to go until Easter, which has historically marked the last cold event for south Georgia,” Cornelius said.

Georgia’s most important fruit crops rely on a delicate balance of warm and cold temperatures delivered at just the right times. Too much warmth early in winter can cause problems, but so can a late-season cold snap.

Many parts of Georgia set new record high temperatures last month, including Atlanta. The period from Dec. 1, 2021 to Jan. 5, 2022 was the second-warmest on record for the city, according to the Southeast Regional Climate Center. It was the warmest such period on record for Macon, which hit a record high for Dec. 30 of 83 degrees Fahrenheit, 8 degrees above the previous record.

While Georgia’s other major crops can be affected by extreme temperatures at other times of the year, for fruits especially, winter can make or break a farmer’s crop.

Crops like blueberries, peaches and apples need a healthy dose of cold weather to enter dormancy, a critical step that prepares the plants to bear fruit when spring arrives. The plants must hit their “chill hour” requirements — hours spent in temperatures between 32 and 45 degrees Fahrenheit — to be able to sprout healthy buds once warmer weather arrives.

Cornelius said some blueberry varieties on his farm have already banked enough chill hours, and the sustained warmth in late December was enough of a signal for the plants to think it was time to bloom. But those flowers will be vulnerable to damage if temperatures drop below freezing later this winter.

On the 1000-acres in middle Georgia where state Rep. Robert Dickey (R-Musella) grows peaches, the abnormally warm temperatures so far this winter are also a cause for concern.