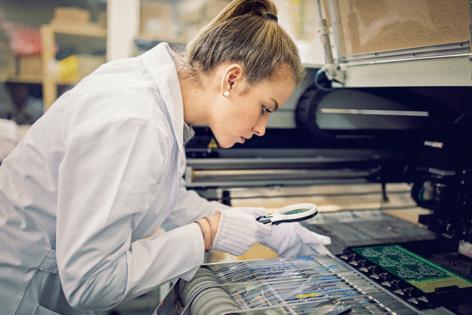 Ohio is believed to be in the running for what would be its biggest economic development prize of all time: a major computer chip-making operation with a potential total investment of tens of billions of dollars.

State and local officials along with those from JobsOhio have officially declined to comment, but rumors have been rampant for months of a massive economic development project potentially coming to the region that could include a computer-chip factory.

At the same time, the city of New Albany is preparing to annex 3,190 acres from Jersey Township in western Licking County.

That Greater Columbus would be in the running for such an operation comes as no surprise to John Boyd, principal of the Boyd Co., based in Princeton, New Jersey, which provides site-selection services to some of the nation's biggest companies.

Boyd cited the skill set of the region's workforce, low energy costs and the private sector's ties to institutions such as Ohio State University as reasons why the region is attractive.

"Hundreds of billions of dollars in chipmaking operations are coming to the U.S.," he said. "The Columbus market fits nicely into this narrative."

Global supply-chain problems have led to massive shortage of the chips, creating long delays for consumers to be able to buy everything from cars to appliances.

Chips are an integrated circuit or small wafer of semiconductor material embedded with integrated circuitry. They are used in thousands of products such as cars, cell phones, appliances, gaming consoles and medical devices.