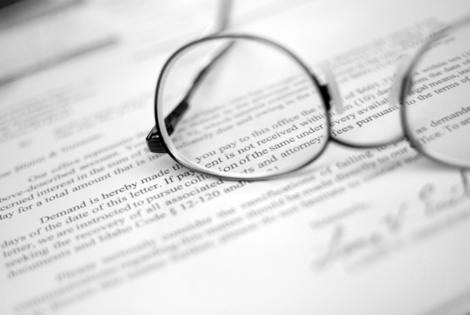 Not long before Christmas, Haven Whiteman got a letter from the Georgia Department of Labor. It shook the 28-year-old Atlantan, a former restaurant server assistant who had seen her regular pay and hours plummet during much of the pandemic.

Within 30 days, pay nearly $7,000, the state’s letter said. More than a year earlier, during 2020, “you knowingly and willfully failed to report and/or incorrectly reported your earnings,” the letter stated. Whiteman, it said, would have to reimburse both correct and incorrect unemployment payments she had received and pay more than $600 for a “fraud penalty.”

Also, the state warned in capital letters, “CRIMINAL PENALTIES” may be imposed should the case be submitted for prosecution.

The primary reason for the surprise: She wasn’t the one who filed the unemployment claims. Like millions of other Georgians during the pandemic, her employer at the time had filed the claims on her behalf, benefits that were supposed to help compensate for reduced or eliminated pay as the economy went into a tailspin.

Such steps were required by the state in hopes that it would make it quicker and easier for the labor department to handle an overwhelming and unprecedented deluge of unemployment claims filed early in the pandemic.

Whiteman said that in response to a labor department query in October she had explained that the 2020 filings had been made by her then-employer, Rocket Farm Restaurants. She said she hadn’t known until the state questioned her that in the claims Rocket Farm had repeatedly failed to report any or most of the income it had paid her, though it was required to do so. The omissions led to the overpayments, she said.

It turned out she wasn’t the only one with that complaint about Rocket Farm, which had nearly 1,400 employees at the start of the pandemic, and whose well-known local restaurants include The Optimist, Superica and St. Cecilia.

It isn’t clear exactly how many might have received overpayments or state demands for reimbursements and penalties. Two others who worked for the company told The Atlanta Journal-Constitution about similar experiences. They complained in late December that Rocket Farm wasn’t stepping up to take responsibility or help covers the costs.

“We didn’t do anything wrong. We were unemployed during the pandemic,” said Qolett Richardson-Jackson. Like Whiteman, she had worked at St. Cecilia in Atlanta's Buckhead neighborhood.

Venezuela has doubled its oil production in recent months thanks to Iran and other players that are helping it evade U.S. sanctions, but the country’s industry is now running near the top of its capacity and it is ...Read More

The Federal Reserve took a key step in weighing the creation of its own digital currency, a move it said could help ensure the U.S. dollar’s dominance as the central bank grapples with fast-growing private ...Read More

Netflix Inc. expects to add just 2.5 million subscribers this quarter, a number that falls short of Wall Street’s estimates and would mark the slowest start to a new year for the company in at least a decade.

After experiencing a meteoric spike at the beginning of the pandemic, Netflix's subscriber growth is slowing down.

The Los Gatos-based streamer on Thursday reported that it added 8.3 million subscribers in the fourth ...Read More

Top editorial staff at the Chicago-based A.V. Club, a sister publication to The Onion, are exiting the entertainment website en masse after refusing a mandatory relocation to new offices in Los Angeles.