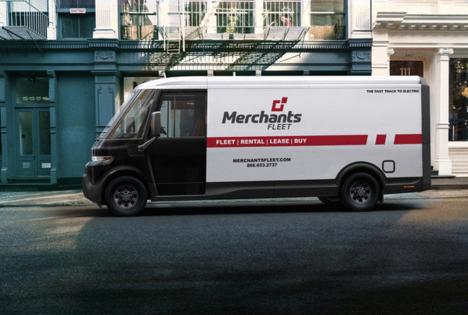 This is the first dealership for the new business GM introduced at the start of 2021. BrightDrop plans on having a "small, focused dealer network capable of serving fleet customers throughout the United States," according to a press release.

GM formed BrightDrop to aid delivery and logistics companies with electric software, services and delivery vehicles. BrightDrop's products so far include the EP1, an electric pallet to move product over short distances, and delivery vans: the EV600 and EV410.

BrightDrop has completed the first production builds of the EV600 at a Michigan-based supplier for its first customer, FedEx Express, which ordered 500. The first EV600s for FedEx are supposed to be delivered by the end of 2022.

The larger EV600 will be built at CAMI Assembly in Ontario starting in late 2022. Production of the EV410 is slated to start in 2023 at CAMI.

The BrightDrop Greater Los Angeles dealership is operated by Mike Caposio, who also operates Caposio Buick GMC and Rotolo Chevrolet, the largest Chevrolet dealership in California and recipient of Chevy's 2020 Dealer of the Year award.

In its largest purchase ever, Microsoft will pay $95 a share in cash for one of the U....Read More