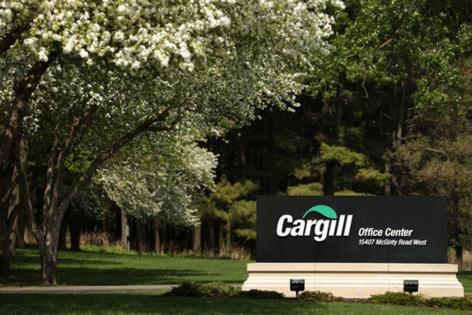 Cargill announced Monday that it plans to eliminate trans fats from its edible oils over the next two years, in line with a World Health Organization goal of phasing the heart-unhealthy substance out of global diets by the end of 2023.

The Minnetonka-based global agribusiness company is among the top three producers of edible oil worldwide, and says it's the first to announce plans to comply with the WHO's trans fats goal.

"Getting trans fats out of diets is already saving tens of thousands of lives a year," said Michael Jacobson, co-founder of the Center for Science and the Public Interest, which has pushed for decades to eliminate its use. "I think this sends a positive message to the rest of the world."

Some countries, including the United States, have already banned trans fats, but Cargill officials said such bans currently exist in only 40 out of 195 countries in the world.

"We're hoping that by making our commitment public that we can make change at the industry level — to bring our competitors along with us," Jennifer Shomenta, president of Cargill's edible oils business, said in an interview. "One company can't do it alone."

The world's other two top edible oil producers are Chicago-based ADM and St. Louis-based Bunge Limited. Neither company responded to emails seeking information on their own plans.

These three firms together supply much of the nation's largest restaurants and food makers with oils.

Several major food and beverage companies, including Coca-Cola, PepsiCo and Nestle have already committed to meeting the WHO recommendation, which calls for a maximum two grams of industrially produced trans fats per 100 grams of fats and oils.

While minor amounts of trans fats occur in certain meats and dairy products, most trans fats are a byproduct of an industrial process of adding hydrogen to vegetable oil to lengthen its shelf life.

Foods that have traditionally been high in trans fats include commercially baked and fried foods, like doughnuts and french fries, and some snack and convenience foods. Trans fats can typically be spotted on ingredient listings as "partially hydrogenated oil."

"Doctors worry about added trans fat because it increases the risk for heart attacks, stroke and type 2 diabetes," according to MayoClinic.org. "Trans fat also has an unhealthy effect on your cholesterol levels."

Cargill said the company has been working for 25 years to reduce trans fats in its products, and in that time has removed an estimated one billion pounds from the global food supply.

"This is the last step in our reduction journey," Shomenta said.

While healthy food advocates strongly support the elimination of trans fats, Jacobson said there is worry that it could result in a heavier reliance on palm oil, the harvesting of which has taken a hefty environmental toll on several southeast Asian countries.