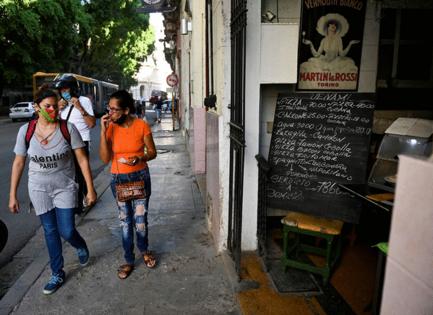 In a first in the communist island, the Cuban government is considering allowing foreign investment into private small and medium-size businesses as the country hits a deep recession and discontent grows.

Following criticism and a cold response from Cubans abroad and potential investors to the current law, the Cuban National Assembly will discuss a proposal to modify a private-sector law passed in August to allow direct foreign investment in recently approved small and medium private enterprises.

Under the current version of the law, foreign entrepreneurs and companies can only partner with the state in mixed ventures or invest in fewer projects in areas of interest that the government lists annually.

The new proposal was approved during a meeting of the Council of Ministers last week, as reported by the official newspaper Granma.

Officials acknowledged that the country’s effort to attract investors has stalled.

In the meeting of the ministers, the minister for foreign trade and investment, Rodrigo Malmierca, said that the level of investment from abroad is “well below the needs of the country.” The minister has said the country needs to attract at least $2.5 billion annually.

The Council of Ministers also approved a proposal to allow agricultural cooperatives to partner with foreign companies.

Agricultural production has plummeted in recent years, and food shortages have become chronic. For decades, calls to improve food production have become a routine line in official meetings. Still, the government has resisted liberalizing agriculture and allowing farmers to sell their produce without capped prices or imposed quotas. Farmers also lack the means to buy technology, tools and supplies.

If the new measure is finally approved by the National Assembly, allowing foreign investment in the agricultural sector could boost production at a critical moment for the Cuban economy. The National Assembly usually rubber-stamps decisions taken at the Council of Ministers and the Communist Party Politburo.