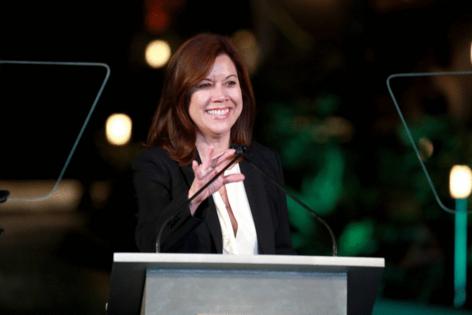 ORLANDO, Fla. — Bill Davis, the president of Universal Orlando Resort, is retiring Jan. 1 after 15 years in the job and will be replaced by Universal Studios Hollywood’s President Karen Irwin, the company said Wednesday.

The move comes as Universal is undergoing substantial leadership changes within its parks and creative divisions. Chair and CEO of Universal Parks & Resorts Tom Williams will retire in March after over 50 years with the company, and Vice Chair Mark Woodbury will take over starting Jan. 1.

Davis was named president of Universal Orlando in 2006 after serving as SeaWorld Orlando’s general manager. He has worked in the theme park industry for more than four decades, with leadership roles at Six Flags Marine World — now Six Flags Discovery Kingdom — in California and a theme park in Spain formerly owned by Universal.

He began leading Universal Orlando during a period of dwindling attendance and oversaw the resort’s expansion through the opening of the Volcano Bay water park and the Wizarding World of Harry Potter lands at Universal Studios and Islands of Adventure.

In February 2007, then-60-year-old Davis told the Orlando Sentinel he was excited about the future of the resort and dedicated to bringing “the most technologically advanced attractions in the world” to Orlando.

Williams called Davis a “legend” within the theme park industry and Universal.

“His passion for our business, for our team members and for excellence have inspired all of us,” he said in a statement. “Orlando team members know Bill has been a constant presence in our parks – and I will always remember my frequent walks through the parks with Bill as we reviewed our business and, more importantly, built our friendship.”

Irwin’s career with Universal started in Orlando and has spanned more than 30 years. She has overseen food and beverage and merchandise operations within Universal’s parks division and helped lead partnership development at the company, becoming president of Universal Studios Hollywood in November 2016.

Recently, she guided the development and opening of The Secret Life of Pets: Off the Leash attraction at Universal Hollywood, which received an Outstanding Achievement award from the Themed Entertainment Association last month.

With Irwin’s move, Tom Mehrmann, president of the recently opened Universal Beijing Resort in China, will step into a newly created position leading the Pacific Rim of Universal Parks & Resorts, according to the company.

In that role, he will oversee the operation of Universal Studios Hollywood and its resorts in Japan and Beijing.