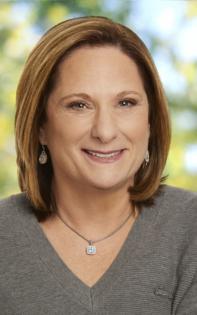 Iger was chief executive of the Burbank entertainment colossus for 15 years before he was replaced by Bob Chapek in February 2020.

Iger has served as chairman of the board since 2012 and was given the title of executive chairman after Chapek’s appointment, a job in which he continued to oversee the company’s creative direction. Chapek was later elected to the company’s board.

In Arnold, Disney has chosen a company veteran as Iger’s successor. Arnold is a 14-year member of the Disney board who has served as its independent lead director since 2018.

The board transition is the latest step in a broader changing of the guard at Disney as multiple top leaders follow Iger out the door.

Alan Horn, the former chairman of Disney’s studio division, announced his retirement in October after handing the reins to fellow executive Alan Bergman.

Iger is leaving Disney for good at a critical time as Chapek tries to turn the company into a bigger streaming giant.

The company’s flagship streaming service Disney+ launched in November 2019 and grew at a torrid pace during the pandemic, but its ability to attract new subscribers has been stymied recently by a shortage of fresh content. That has led to jitters among investors worried about whether Disney can hit its goal of reaching 230 million to 260 million subscribers by 2024.

Arnold brings decades of corporate experience to her elevated role. She was previously an operating executive of the private equity firm the Carlyle Group, from 2013 to this year.

She also has served in executive roles at Procter & Gamble and served as a director of McDonald’s Corp. and NBTY Inc.