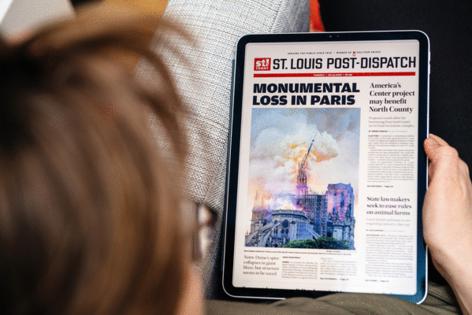 ST. LOUIS — The owner of the Post-Dispatch said it had approved what’s known as a “poison pill” plan to guard against a hostile takeover as it considers New York hedge fund Alden Global Capital’s unsolicited offer to buy it.

Davenport, Iowa-based Lee Enterprises’ plan would kick in if Alden gets control of 10% or more of Lee’s stock in the next year. At that point, other shareholders could buy shares at a 50% discount or get free shares for every share they already own. Flooding the market with additional shares would dilute the stock, making it more expensive for Alden to acquire a controlling stake.

Alden said in a filing last week that it owns 6.1% of Lee.

Lee Chairman Mary Junck said the plan would give the board and shareholders time to consider Alden’s proposal “without undue pressure while also safeguarding shareholders’ opportunity to realize the long-term value of their investment.” Alden, which has become one of the country’s largest newspaper publishers through a series of acquisitions in recent years, offered Monday to buy Lee for $141 million, or $24 per share. That was 30% higher than its value at market close on Friday.

Lee owns dozens of papers in addition to the Post-Dispatch, including the Buffalo News, the Omaha World-Herald and the Tulsa World. Alden’s titles include the Chicago Tribune and the Baltimore Sun, which it acquired this summer in its takeover of Tribune Publishing.