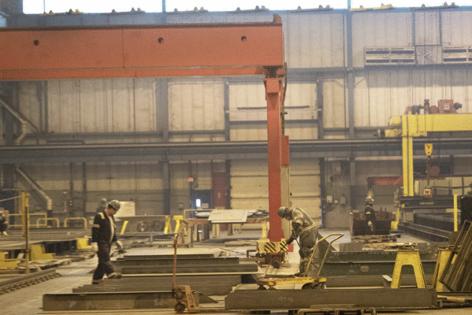 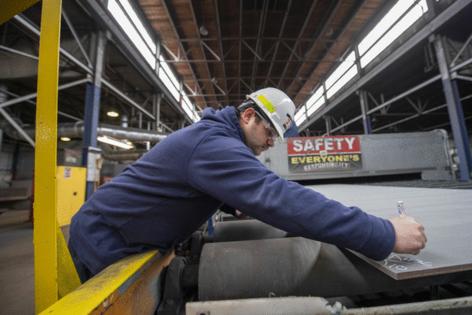 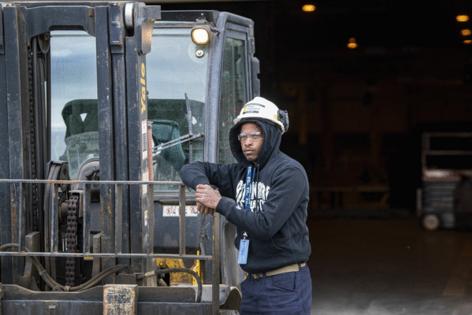 PHILADELPHIA — Ever since he got his first set of Legos, Muhammad Tumaini has loved construction. He took welding classes at Benjamin Franklin High School. And when he visited the Navy Yard complex with a mentor, seeing a ship in dry dock at Philly Shipyard gave him a sense of belonging.

"I knew this is where I wanted to be," Tumaini, 20, recalled thinking. "From there I made a promise."

After graduating in 2019, Tumaini enlisted in the Army National Guard, but two years later he found a way into the shipyard: through a workforce development program that's expanding its partnerships with Philadelphia employers.

Established a decade ago by the University City District, the West Philadelphia Skills Initiative matches job seekers with anchor institutions, including Children's Hospital of Philadelphia and SEPTA. That model is now being replicated across town at the Navy Yard, with the Philadelphia Industrial Development Corp.

"We build strong, really personal relationships with our employer partner," said Cait Garozzo, managing director of the West Philadelphia Skills Initiative. "There is very little bait and switch that could happen because we've done so much work on the front end."

The program also puts an emphasis on positions "that have pathways for growth," said A.J. Adams, program manager for the Navy Yard Workforce Development Initiatives.

Graduates of the three-week training who were hired by the shipyard started at $14 an hour in October. They move up to $15 an hour in January, and, if they're accepted into the shipyard's own apprenticeship program, they can earn $17 hourly.

To be on that trajectory so quickly, with a chance to learn trade skills early on, "That's what we consider a quality job," Adams said. "There's just a ton of excitement and energy around this opportunity."