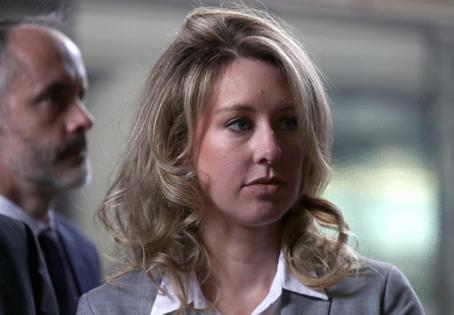 Theranos founder Elizabeth Holmes on Monday testified tearfully that former company president Sunny Balwani, her romantic partner for more than a decade, forced sex on her when she displeased him.

“He would get very angry with me and then he would sometimes come upstairs to our bedroom and he would force me to have sex with him when I didn’t want to,” Holmes testified, adding that Balwani “wanted me to know that he loved me.”

Holmes testified that when she was a student at Stanford University, she was raped. When she told Balwani, whom she looked up to as a successful entrepreneur, about her trauma from the rape, “he said that I was safe now that I had met him.”

Holmes’ testimony is continuing Monday in U.S. District Court in San Jose. In court filings she has accused Balwani of abusing, controlling and coercing her in ways affecting the issue of guilt.

Holmes appeared to begin answering the question raised by those filings, that has hung over her trial: Would she seek to blame Balwani, her co-accused, for alleged fraud at the Palo Alto blood-testing startup?

In earlier testimony Monday, Holmes sought to cut the impact of the prosecution’s key claim that she lied about use of her startup’s technology by the U.S. military.

Holmes, testifying for the fourth day, was asked by one of her lawyers whether Theranos’ blood-testing technology was ever used for clinical care on medical-evacuation helicopters. She said no.

Jurors have heard from investors who testified that Holmes, while wooing them, claimed her technology was in use on military choppers, helping to treat soldiers in the field. A former Theranos manager testified that although the company had worked with the Pentagon to try to get its technology into battlefield use, he was not aware of it being used clinically on soldiers in war zones, or on military aircraft.

Former U.S. Secretary of Defense James Mattis, a Theranos investor and board member, testified that he wasn’t aware that the company’s technology was ever deployed by the Pentagon.

In other previous testimony on the matter, a representative from a Texas investment firm told the jury that Holmes’ statements to investors in a 2013 conference call convinced him that Theranos was doing work in Afghanistan. Holmes had told investors that the company was “focused on” work in Afghanistan and had been doing “a lot of work” with the U.S. Special Operations Command. “We have created a distributed system that can be used in remote areas,” Holmes told the investors, in a recording played in court. She said putting Theranos equipment on medevac flights could potentially improve wounded soldiers’ survival rates.