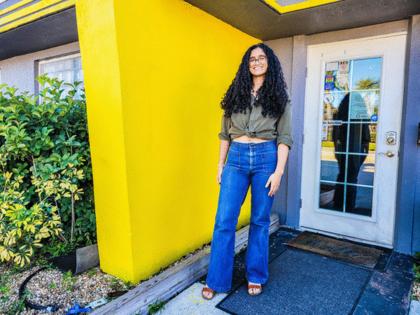 “A lot of the places I was looking at were small apartments for so much money,” said Londoño, an educator with a Master’s degree in sociology.

Rents have gone up around the country as vacancy rates have hit their lowest point since 1983. However, “Florida really got supercharged during the pandemic,” said Jeff Tucker, senior economist for Zillow. A massive influx of new residents has put pressure on both the housing and rental markets.

Rents have skyrocketed this year. The average rent in Orlando is $1,712 for a one-bedroom apartment, according to ApartmentList.com. That represents a more than 27% increase compared to last year.

“That can be really hard to keep up with,” Tucker said, pointing out there is often a disparity between the incomes of locals and those of new residents.

But while affordability is a problem across the demographics, it’s landing hard on Latino immigrants and their families in the City Beautiful.

“When you have a community whose income is lower than their counterparts, and rent is the same amount for everyone, obviously a greater burden is going to be on their household,” she said.

Guzman calls Hispanic residents “over-represented” in the service industry. She brings up a recent visit to an area hotel where she saw a majority of the workers were Latino. “If it weren’t for the Hispanic employees, this engine would not be running,” she said.