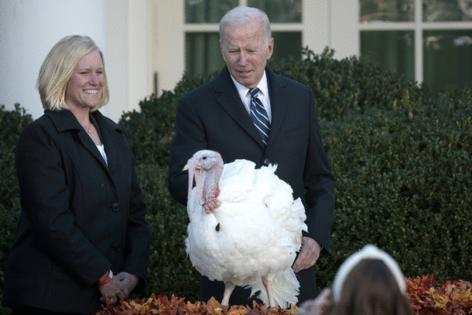 Is there an economic term that strikes more fear into the hearts of consumers than "inflation"?

Probably not. When inflation is rising even modestly, it becomes Topic A in the press, on cable news and over the proverbial backyard hedges and dinner tables.

Inflation is commonly regarded as a ravager of family budgets, a destroyer of political fortunes and, at its most extreme, a trigger for the rise of fascism.

The result, investor and economic commentator Zachary Karabell writes, is that "any hint of inflation triggers the equivalent of PTSD in the ranks of central banks, economists, policymakers and millions of middle-class wage earners."

Yet that was not always so — indeed, it's not invariably so even today.

At the moment, we're experiencing more than a mere hint of inflation. The Bureau of Labor Statistics reported that prices in October rose 6.2% over a year earlier, the largest 12-month increase in more than 30 years, or since November 1990. Core inflation — absent food and energy — rose 4.6% over the last 12 months, the largest such increase since August 1991.

But inflation is an inherently complicated subject — its causes are tangled, its effects variable. Consequently, it lends itself to confusion and misunderstanding.

More to the point, consumer psychology may play an outsized role in fomenting inflation, for consumer behavior inspired by inflation fears contributes to the phenomenon by prompting more spending or less spending, as the case may be.

As I reported recently, Treasury Secretary Janet L. Yellen warned in an interview with NPR that "inflation can be a self-fulfilling prophecy."

Not every consumer is affected by inflation in the same way; for some it's even a blessing. It depends on what people treat as crucial purchases for the near term, on what they can defer or forgo entirely, and on the source of their income. If your wages are rising faster than the cost of your market basket, you may even regard inflation as your friend.